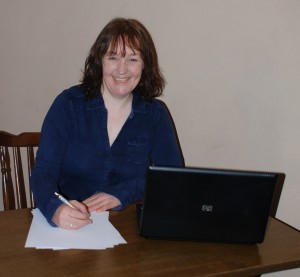 Alison Jack is the instigator of and organiser behind the Books: Beautiful Books stall at the Mill Road Winter Fair on Saturday the 6th December and not wishing to blow her own trumpet on her own blog I have done it for her here!

Alison Jack has lived for many years in and around the beautiful university city of Cambridge. Having worked in book distribution for most of her adult life, she was handed the opportunity to fulfil her true ambition and write fiction when her employment came to an end in 2012. Her début novel, DORY’S AVENGERS, was published by Book Guild on 29 August 2013. At the beginning of 2014 she launched her manuscript editing business, Alison’s Editing Service , which has proved to be hugely successful, and if she ever gets any free time she might even complete novel number two, a paranormal mystery entitled SHATTERED BELIEF.

A Woman of Action!

Alison enjoys a wide range of interests, including walking the fells of the English Lake District, the atmospheric setting for much of DORY’S AVENGERS. She is a keen wakeboarder, loves the guitar (which she plays with rather more enthusiasm than skill) and, like most authors, is a voracious reader.

Alison lives with her partner Andy and their three cats.

A brutal regime. A docile population. A glimmer of hope.

In a stifled and oppressed Britain, where freedom of choice is but a distant memory, the dictatorial Sponsors reign supreme. Headed by the malevolent Lord William, a man whose cruelty knows no bounds, the Sponsors dictate every aspect of life to their fearful and brainwashed public. For over quarter of a century the Sponsors’ power has grown exponentially. Surely all hope of liberation has gone?

Where there is humanity, there is always hope. In a tiny and forgotten Lake District village the fightback begins. Don’t sleep too easily, Lord William…

To find out more about Alison, here are some links:

To add Dory’s Avengers on Goodreads