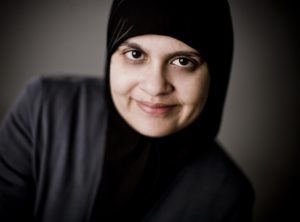 The fourth author joining me at Mill Road Winter Fair  on Saturday 6 December to be a part of Books, Beautiful Books is Shahida Rahman. I had the pleasure of meeting Shahida at Cambridge Central Library last December where she was marketing copies of her excellent historical novel Lascar, and we have stayed in touch since.

It will be fabulous to see her again on Saturday. If you visit the projects  and events pages on her website you’ll see how busy she is, as well as being a prolific writer and regular guest on Sue Doogan’s Radio Cambridgeshire show, so I’m delighted she’s found the time to join us.

Here’s more about Shahida in her own words:

I am Shahida Nessa Rahman.

I was born and raised in Cambridge. I am an author, publisher and freelance writer. I am also the Director and founder of Perfect Publishers Ltd, launched in 2005 which is a print-on-demand book publishing company providing a range of services for authors and other publishers. www.perfectpublishers.co.uk

I write historical fiction, non-fiction and short stories including the following.

‘Ibrahim-Where in the Spectrum Does he Belong?’ (Perfect Publishers 2005) is a memoir about raising a child with a learning disorder.

In 2010 my short story ‘Homecoming’ was the inspiration behind the screenplay ‘India Ink’ which I co-wrote with US screenwriter, Halle Eavelyn. ‘India Ink’ was shortlisted for the Circalit First Draft Contest (2011) and a finalist of the WriteMovies International Writing contest (2011).

‘The Integration of the Hijab into Police Uniforms,’ which was published in the ‘Behind the Hijab’ anthology, in March 2009 by Monsoon Press. Also in 2009, I was commissioned to write a radio play ‘The Lascar’ for the Lascar Heritage Project for Silsila Productions.

‘Lascar’ (Indigo Dreams Publishing 2012) is a work of historical fiction inspired by a paternal ancestor, a lascar (seaman). My highly acclaimed novel revives the story of these unsung heroes and draws attention to their plight, educating people through the use of fictional characters.  ‘Lascar’ was shortlisted for the Muslim Writers Awards, Unpublished Novel Awards (2008) and long listed for the Brit Writers Unpublished Novel Awards (2010).

I was awarded a Channel S ‘Special Acknowledgment Award’ in 2012 for my work. I also entered the annual publication ‘British-Bangladeshi Who’s Who’ in 2013. I also won ‘Mother of the Year’ at the Maa Amar Maa Awards in 2014.

I have contributed to the following magazines: Best of British, The Great War, Children of the New Earth, Sisters (the UK’s first magazine for Muslim women). I have also contributed to BBC Radio Cambridgeshire and BBC Three Counties radio. I write  regularly for ‘Asian World’ newspaper and I am a columnist for ‘Weekly Desh’ and have blogged for the ‘Huffington Post’.

I am on the judging panel in the short story category of the Young Muslim Writers Awards 2014. I am currently writing my second historical novel about an Indian Ayah.

To find out more about Shahida and her work, please visit her website  or have a look at her YouTube videos