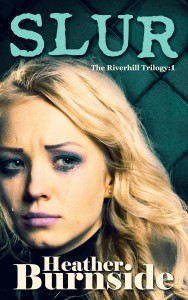 As some of you will be aware a while ago I started posting older reviews that I had done and after posting the interview  with Heather Burnside earlier today I realised I hadn’t got round to doing this one yet. So today is a good day to finally do it 🙂

I really enjoyed the attention to detail in this well put together story. Set in 80’s Manchester you could clearly imagine the life these characters were living. It took me a while to feel much empathy for Julie Quinley, I found her a bit cold at the beginning and I felt she thought she was better than everyone else but as the story developed so did she and I felt myself warming to her. I particularly liked how her relationship progressed with Vinny, who is a lovely steadying soul, and she became a much better person because of it.

It was interesting how differently Julie and Rita react to what happened and I’m sure no one knows how they would deal with this sort of situation until they found themselves in it. However you can easily imagine the hostility of those they’d thought were their friends as well as similar reactions from neighbours and work colleagues and how difficult life can become, particularly for Julie.

I became more drawn into this story as it progressed and without giving any spoilers Burnside doesn’t hold back when the guilty start trying to cover their tracks and I do love it when someone gets their just desserts especially when you’re not expecting it. A good job well done on this debut novel and I look forward to reading more from this author.

This book is FREE for 5 days from the posting of this review right here….

2 Responses to #Bookreview for Slur by Heather Burnside @heatherbwriter