Some of my most creative thoughts happen when I’m on a dog walk, as do my best conversations with my dog-walking buddy. So I thought I’d invite some of my author friends along to join me and my girls and see if I can find out a little more about them and the book they’ve just released.

Poppy and Ruby – on a much sunnier day!

Joining me today is Phil Conquest. Although Phil is a home-grown British boy he now lives in Pennsylvania in the US. 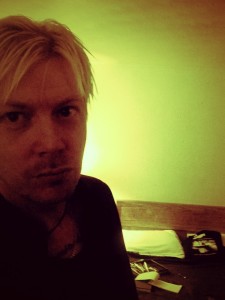 Hi Phil, thanks for taking the time to talk to me today – I know you’re busy. I hope you’ve had a good (if long!) journey here and you’re ready for a hike across the fields of a frosty Cambridgeshire.

I’ve gone for a more exciting depiction of Cambridgeshire today 😉

Hi Georgia, it’s good to be here though the freezing conditions are certainly not going to tempt me back full time. 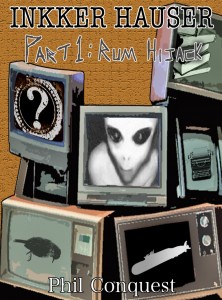 I loved Phil’s first book, Inkker Hauser: Part 1 Rum Hijack and it’s been well received – you can check out the reviews for it here and I highly recommend it. I’ve been waiting for Phil to release the next in the series and that day has finally arrived. Yay! 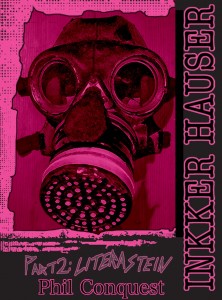 So now we’ve got going Phil tell me all about the book you’ve just released. I know it’s Part II of Inkker Hauser and is called Literastein but that’s about it, how does the story progress?

It starts a couple of days after Rum Hijack and though the themes are the same, they’re more condensed and stepped up and it’s a clearer depiction of his frustration, his mind set and how he can’t help himself. Rum Hijack has several anecdotal scenes but Literastein is all as it happens. He has a date with a nice girl and is amidst the local community for a lot of it but takes his frustrations out on it while there, as opposed to brooding alone at home.  Literastein is the public  result of the private mania of Rum Hijack.

We’re all busy in this business so how do you manage to fit in the process of writing around your working and home life?

I work full time hours but they are crammed into three excruciatingly long days. So I get four days off a week at the moment to mess about with various projects. That hasn’t been so easy the last few months for one reason or another, like not actually having a home, but getting back on track, finally.

I know you’re an indie author Phil, but we all need help at various stages of writing and I’d like to know more about the team you have behind you. Who helps you pull your books together until they’re ready to be published?

My editor Hache L. Jones is usually the first set of second eyes to sieve through the dirt. Terry Tyler, The Apostrophe Finder General, is also nice enough to have a last minute read through for me. She usually catches something and burns it.  She was the grand encourager in regards to me publishing Rum Hijack. Joel Coote is a really creatively leftfield designer who  does the Inkker Hauser cover art and sends me images and elements to incorporate into promotional propaganda. Last but not least, since Rum Hijack has been out, Mark Barry who has been very supportive of me and helpful and as I write this, going above and beyond and doing me a big assist regarding a technical problem my end. Those are the 4 chief  staff as it were, keeping the laboratory running behind the scenes.

Which character in any book of your choice do you most relate to and why?

Holden Caulfield in Salinger’s The Catcher in the Rye and the unnamed narrator of Dostoyoevsky’s Notes From Underground. Those two immediately came to mind as I remember the first time I read them and how I related to them. In Catcher there’s a bit where Holden is at the museum and looking at a statue of a Native Indian and trying to comprehend the fact that the Indian is still in the same place as when he last saw it, as if nothing ever happens when so much had.  Somewhere out there is a coin I hid away a long time ago, years, and I know it is still there. Whatever happens to me, today, tomorrow, the coin will still be there, you know? 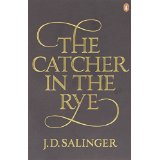 Notes From Underground…where to start?  The contradictions in how he sees himself and those around him. The polar opposites of the same feelings at once.  The whole ‘make a heaven of hell’ angle of some of it. Of the two, Underground resonates a lot more with me than Catcher, as a whole, but elements of both the protagonists hit some nerves years ago, when I first read them, in ways other books/characters hadn’t. 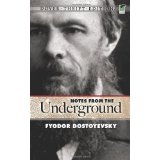 Night owl. I do like the mornings, being up before the day gets going, but by nature, I’ve always been a night owl. A lot of things seem better or more bearable to me during the night.

Twitter. Facebook just gets worse and worse on so many levels. I use it less and less. Appeals to me about as much as sticking a notepad and dictaphone under the nose of ISIS.

Telekinesis. I’d be like Carrie on prom night, every night.

Drink more. Don’t do ‘that’. Better off the the rails now than later. Don’t bottle the real issues up. Ask for help. Stay true to yourself. Look in the mirror once in a while. Stand up for yourself more. Write anyway. Have sex with that blonde or you’ll regret it.  Don’t listen to anyone else.

It would look like two hookers, one gun, a pile of cocaine and a hotel room with an evangelist channel on TV in the background… (Ahem!…Ed)

I don’t know to be honest. I’m not materialistic. Content with basics. Waking up warm is a good start and going to sleep warm isn’t the worse end. What I’d like in between is a secret. 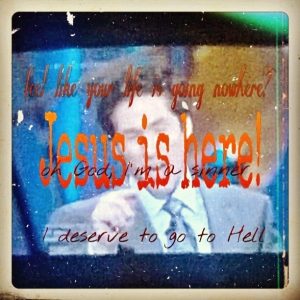 Thanks for joining me Phil, it’s been a pleasure and I wish you every success for the sales of Literastein – I’ve already bought it and am looking forward to reading it!

Good to meet you Georgia and thanks for the chat…I hope you enjoy the read!

Literastein has already been reviewed on Terry Tylers Review Blog if you fancy taking a look!

Here are the purchase links for everyone who stops by – make good use of them!

You can find Phil on Twitter where his handle is @Literastein, on his temporary blog here and his permanent one here  – whatever Phil writes always leaves you with plenty to think about…enjoy!