Some of my most creative thoughts happen when on a dog walk, as do my best conversations with my dog-walking buddy. So I thought I’d invite some of my author friends along to join me and my girls and see if I can find out a little more about them and what they’ve been up to. 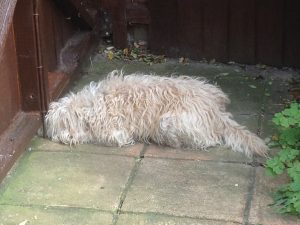 Ruby, in her favourite place, keeping an eye on the street for stray cats! 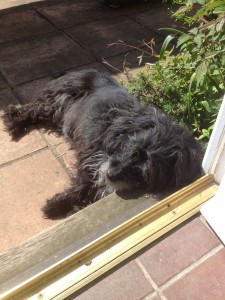 Joining me today is someone who is not actually an author, despite my encouragement, he’s seen the pain involved you see and I think that’s put him off!  No, my guest today is a friend and neighbour in my village who brings to the blog a different type of writing following a highly enjoyable night out at my first, but by no means the village’s first Murder Mystery – The Poison Pen! I should say that these events are run by a most excellent band of volunteers to raise funds, in this case for the next stage in the refurbishment of the village hall. 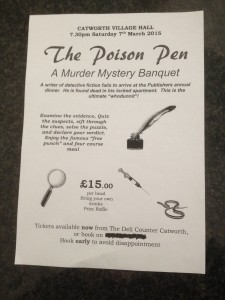 So for those of you who have not attended such an event let me give you here the background for the evening…and it is no good you shouting out ‘The butler did it!’ as you all did on Twitter when I mentioned my forthcoming night out…as you will see…there is no butler…

That would be far too straightforward!

The writers published by Tilman House Publishing Ltd, proprietor Matthew Tilman, have all been invited to the annual dinner.  This takes place every year at a swanky restaurant in Cambridgeshire.  The purpose of the event is for Matthew Tilman to thank his aspiring writers for their efforts in the past year and to exhort them to greater efforts in the coming year.  For the writers they hope to remind Matthew that they exist, have families to support and bills to pay.  The Dramatis Personae are:-

Gordon T Raffles writer of travel guides – and (loosely!) based on another author in my village Gordon T Spiro;

Unusually this year Thierry de la Morte has not turned up despite accepting the invitation.   When a car is sent round to his apartment the driver finds the place locked and looking through the letterbox sees a light on inside.  There is no answer to his repeated knocking; he summons the caretaker who opens the door with the master key and they enter the flat.  Thierry is found dead lying face down in the hallway.  The police are called and the time of death quickly established as some days before.  Due to the “locked room” nature of the death and Thierry’s limited circle of friends the finger of suspicion falls on the Tilman House Publishing writers group and in consequence Detective Chief Inspector O’Nonotagain goes to the restaurant where Tilman House Publishing are gathered for their annual dinner to quiz the suspects.

Anticipating some very elaborate story-telling from the suspects DCI O’Nonotagain enlists the help of the other diners (i.e. those attending the event) to unmask the guilty party.

All we had to do is work out Who did it; Why they did it; and How they did it.  Whichever answer was closest to the solution in the white envelope would prove those participants to be worthy champion(s).

So there you have it. There was a cast of characters dressed appropriately, apart from Georgia Thorn who was dressed as some hippy flower power child from the 60’s and could only apologise for being so, and then the fun began. (Due to an unfortunate oversight no pictures of this cast of characters was taken on the night) 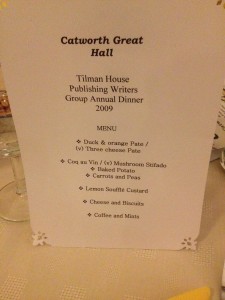 Several courses of the banquet were served but I remember little of them, and missed out on the cheese and biscuits completely, because between, and it seemed through, each course the cast came round to each table to give a short spiel on their views of the crime, dropping in small clues along with larger red herrings and the like to befuddle us further.

So, now you get the idea let me introduce to you the creator of these fiendish plots, Andrew Moore… 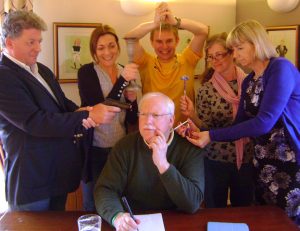 Andrew with just some of his pool of eager cast members

…and today we are walking through the beautiful Cambridgeshire countryside, vast tracts of which are currently swathed in sunny summer yellow. 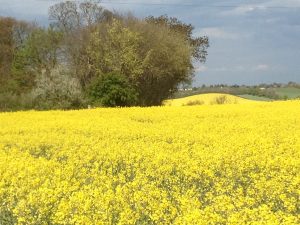 So now we’ve got going Andrew how did the idea of writing whodunnits come to you?

It started back in 2002, the Catworth Village Hall committee had run two Murder Mysteries using plots bought in through boxed sets costing £30 plus a time and the second of them was so complex none of the audience got within a country mile of solving it.  The cast had no idea either.  So I said why don’t we write our own as we couldn’t do any worse.  So fourteen plots later we’ve probably raised over £6,000 for the Village Hall refurbishment fund.

What is the process you go through to pull one of these together? I was amazed at how you managed to drip out just enough information for there to be some chance that some people would get it without it being far too easy to solve.

Well very often some-one will say something along the lines of “why don’t you set one in a holiday camp?” (Hi-De-Die) or else there will be an event such as the Queens Jubilee (A Right Royal Murder), some-ones holiday (Caribbean Valentines Day Murder), or a wedding (Death at the Altar) that will provide inspiration, or even books I’ve read (Trouble at t’Mill, Death on the Train to Prague).  These ideas provide the setting for the murder and often the excuse for the suspects all to be together. I then think up and create the characters to a well-worn format, three female, three male and a victim. I flesh them out and then devise the links between them, money, relationships (sex), family ties, drugs, blackmail etc.  I then create a reason or motive why each of the individuals would have wanted the deceased to be dead.

Only at this stage will I pick a murderer, and devise how they committed the crime, and why it should be them rather than anyone else. This entails imagining previous interactions between the characters, events that sow the seeds for their current behaviour to each other.

Then I construct the character introductions to the eager sleuths. A paragraph that whets their appetite or prejudices the audience against a character. The difficult part begins with crafting the information to be divulged by each character in each of three rounds, making sure that everyone is implicated that real clues are hidden amongst smoke, literally for “Murder to Music”, and that the whole is consistent. More than once “Barry” has morphed into “Brian” or “Jenny” into “Jan” – I rely on Belinda (Mrs Hostawhodunnit) to spot this type of bloomer. 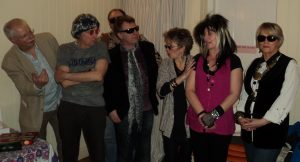 Lastly come the clues, copies of letters, police reports, autopsies, ransom notes, plans, discarded (torn-up) handwritten notes, in one case (Death at the Hunt Ball) a bloodied horse-shoe, that are provided to each table of sleuths; and of course the now infamous “Bonus clues” sold for charity by the police inspector during the evening. Some people say that these bonus clues are rubbish, however I strongly maintain that they can be helpful in eliminating a suspect or confirming a theory, at least it’s all for a good cause.

…and do people solve the mysteries?

Out of eight or nine tables we will usually get one or two who get the right person, mostly the right motive and pretty close on the method; it has been known for people to get the motive and method right but the wrong person, no cigar I’m afraid; and sometimes a table will get it absolutely right and then convince themselves that the solution is “too obvious” and go for something more obscure, and wrong.

What about your cast, how do you find them?

I can be very persuasive when it comes to casting my Murder Mysteries, but we have a local drama group who have provided a rich vein of talent over the years. A quick tally suggests that there have been nearly twenty different people involved as suspects, wow.  We have even taken bookings outside the village, “Death at the Hunt Ball” being particularly popular. 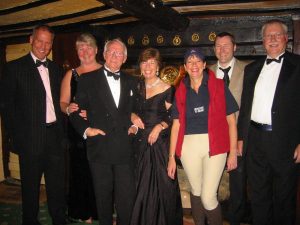 Death at the Hunt Ball

Now I believe that these Whodunnits are available for others to use Andrew so can you tell me more about how someone could get their hands on the information necessary for them to run their own highly successful fundraising event?

We did have a web site until last year but now I suppose that access is via me via Twitter message to @hostawhodunnit. I can then send the catalogue and for £8 (for Catworth Village Hall Restoration Fund) I will send all the supporting information in .pdf files to allow some-one to host a dinner party or fund-raising event.  We have guidance on how to present either format plus costume and character notes for all the characters.

So what can we expect to see coming next from you and the world of Whodunnits Andrew?

The airport departure lounge for a long haul flight with people who at first appear to be strangers to each other. “Last Orders” set in a pub with a mixed bag of regulars etc.  One set in a prison with the perpetrators from earlier plots the suspects in the murder of the Prison Governor who of course has dirty secrets.  Oh and reworking of the plot “Burnt to a Crisp” which was set in a Crematorium and published on Twitter originally though I don’t think I got the format entirely right. But hey, seeing how many dog owners there are in the village maybe it could be a murder at a dog show.  No shortage of inspiration thank God, and in any event we could start recycling the plots and no-one would remember them from drunken evenings twelve plus years ago!

Which character in any book of your choice would you like to be and why?

Inspector Robert Colbeck “The railway detective” from Edward Marston’s series of books.  Because it combines my pleasure in crime mysteries with my enthusiasm for railways. 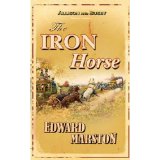 Sunset, cos I’ve seen more of them. Was that a trick question?

If you went to a Convention – Game of Thrones, Comicon or the like – who would you be dressed as?

Apart from having no idea about Game of Thrones or Comicon but guessing it’s any convention, then Commander Peter Quincy Taggart from Galaxy Quest, because he really knows how to wing it.  I know it’s a spoof but if you haven’t seen it then make the effort.

Telepathy.  Have you any idea what I’ve spent on postage, and phone calls? Plus it would save an awful lot of time and embarrassment.

When Eurotunnel shares get to £12 shortly after they launch sell the buggers; oh and drink more – those headaches are caused by dehydration. (Are you sure Andrew?? Ed)

Sunny, warm, outdoors, Mediterranean food, no wasps, some wine and a good book or a six hander, full board game of Classic Warlord (again if you haven’t, try it)

Brilliant! Thanks for joining me Andrew…I still think you should be turning some of these into a Christie style series!

You’re welcome Georgia but there’s not a chance of that happening… time for a coffee at The Racehorse?

You know the answer to that Andrew – haha! Oh…and the outstanding question…did I guess the who, how and why? Well what do you think? 😉