A Dire Warning over Upgrading to Windows 10 #Windows10 #Microsoft 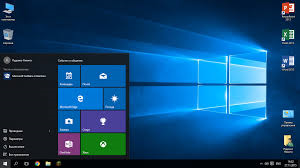 Okay so this is completely off my usual topic but I felt the need to share this recent experience as a warning and to prevent anyone else going through what I’ve just had to deal with.

I kind of like Windows 10, certainly it’s a step up from Windows 8 though I’ll always be a XP girl at heart. However, times move on…apparently…

My new laptop runs on Windows 10, my old desktop does not. I have been encouraged for sometime by Microsoft to upgrade but as I’d had a couple of glitches where things did not run on the new system as well as they did on the old I was holding off…for a while.

However, two nights ago and completely unasked for my desktop computer upgraded and in the morning everything had changed. I had to set up emails again and tracking down the previous data file was no mean feat. Years of saving favourites to Internet Explorer pointless as they were wiped out. Fortunately both these issues were corrected by my soon-to-be son-in-law (he might be second guessing his choice of family to marry into by now :-/ but I am hugely appreciative of his help)

But, worse than all that – my documents had disappeared. All of them. All my client files, all my ‘work that pays the bills’ documentation gone. I had learned from previous experience though that they would be ‘in there’ somewhere. I found them by searching the system for a file I knew was one of the lost, hunted them down and put them back to where they needed to be. They’d been buried deep but hurrah I thought, despite all the resetting up of ‘stuff’ I was going to have to do at least I had my work.

Scroll forward to the following morning. Overnight there had been ‘UPDATES’ – never has a word been so innocuously written… and the documents file was empty of all my ‘stuff’ – again. 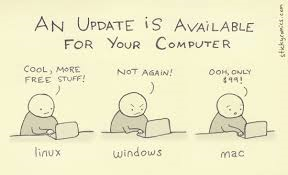 …and this time…this time people, there was no trace of it. I typed in the file I’d searched for the day before and with a careless shrug my computer answered ‘Not ‘ere guv, ain’t never ‘eard of it’ (okay so some poetic license has been used here but this is genuinely the voice I hear when my computer speaks to me…just me? Okay then…) 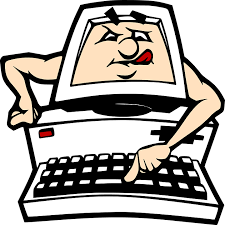 I usually go into some sort of panicked meltdown mode at this point but I honestly haven’t the time at the moment for that and I thought – backup! Now I have a back up done by Carbonite, an online system that backs up things continually. To be honest I did have a glitch a few years ago with them over some things (quite a lot of things) that weren’t backed up when they should have been and we’re still arguing the point on whose fault that might have been…ahem…moving on. However this time I logged in and after a fair amount of rummaging around (I have a lot of ‘stuff’) found what I was looking for…hallelujah!!

I downloaded everything, put it back where it should be and immediately made a second copy onto my external hard drive. Me pessimistic? Never.

So the point of all of this (what was meant to be a short post!) is that if you have an older machine out there, if it is still running on something previous to Windows 10 and if you are getting messages that Microsoft want you to upgrade then please do a back up before you are in danger of losing everything.

Judging my the manic searching I did yesterday on Google, it’s not just me, so it could happen to you too.

Unless you have a Mac of course, and then nothing ever goes wrong, or so I’m told 😉

Just as a quick reminder I have a short story about to be released. It is based on a character from the Grayson Trilogy, I should say a much loved character. If you haven’t read TGT then this will give you an introduction to my writing without you having to commit to a whole novel. If you have read TGT (thank you!) and here is another tasty little morsel for you.

You can get it for free just by signing up to my newsletter, the sign up box is somewhere over in the right hand side toolbar…have a look, scroll up and down a bit…got it? Good 🙂

After it’s been released via the newsletter it will be going on Amazon. I’m just off to sort a cover for it now.