This past week feels like a breakthrough week. I’ve done a bit of writing as you’ll see below but far more than that there feels like a change in how it’s all coming together. Up until now the book has been trying to work out what it’s going to be, which given that it’s a sequel, albeit a reluctant one, it should really know, but it doesn’t, or at least it didn’t, until now.

I think I should really have re-read Parallel Lies first actually, and I should still do that, but it’s taken this long to start finding my characters again. So, that’s the really great news.

Plus, there’s been a little celebration… 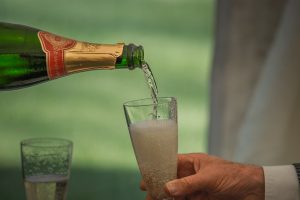 I attended the book launch of a client of mine last night. It was wonderful. He’d chosen the perfect setting of a church in his village, which I have totally fallen in love with. The village that is not necessarily the church. There was fizz and nibbles. I took along a cake with the book cover on it (see below.) It was delicious, and not a scrap was left.

Thisbe is a book aimed at 8 – 12 year olds but actually is a book for all ages. It has an historical fiction element that adults will love and listening to Richard talk about the background and the history he has incorporated into it is fascinating.

There was a terrific introduction given to the book by a friend of Richard’s, a Mr A P Wheal, followed by some readings and a further presentation by Richard. On a beautiful summer’s evening in a peaceful English village what more could you want? 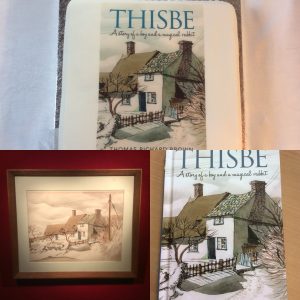 This is the book, the cake and the painting that started it all. If you are interested in taking a further look at this book you can find it at the link below:

Finally, a little bit of news I feel very positive about. I keep being asked about doing audio books and I do have one on the way for The Joker (although there seems to have been a bit of a hold up which I’m trying to get to the bottom of) but there has so far been sadly one false start and I’ve been considering the whole thing again because of the cost involved. However, I have spoken to someone who I will hopefully be meeting with in the next week or so who may well be the answer to my problems. Watch this space for more but I am very excited about it. Eek!

Parallel Lies is discounted to 99p/99c until the 10th July.

A Single Step will only be 99p/99c until the 17th July, after that it will be increasing in price for future marketing reasons.

Before the Dawn and Thicker than Water will be reduced to 99p/99c from 8th July to 14th July.

The whole of the Grayson Trilogy (the three books above) will only be available in Kindle Unlimited until the 16th July after that it will be going wide on all platforms.

So, it’s all going on, and here are this weeks scores on the doors…