#Author Interview with Terry Tyler @TerryTyler4 on the release of Tipping Point, Book 1 in her #postapocalyptic series

Some of my most creative thoughts happen when on a dog walk, as do my best conversations with my dog-walking buddy. So I thought I’d invite some of my author friends along to join me and Ruby and see if I can find out a little more about them and the book they’ve just released. 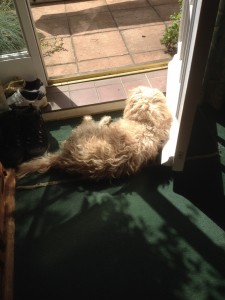 I’m delighted to welcome back prolific novelist Terry Tyler, who has come to chat to me on the release of her 14th book, Tipping Point. 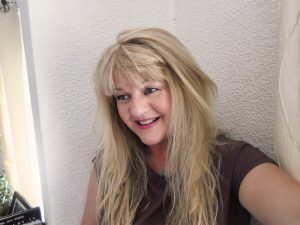 Terry Tyler has published fourteen books on Amazon, ranging from family dramas and a novella about three writers, to a serial killer thriller and her current post apocalyptic series; what they have in common is that they are character driven and based around her interest in all things psychological.  She is an avid reader and book reviewer, loves The Walking Dead and Game of Thrones, and is a newly converted vegan who is gutted that she can no longer eat salted caramel Häagen Dazs.  She lives in the north east of England with Norman Reedus her husband.

Hi Terry, harvest is in full swing here so I hope you’re ready for a walk across the stubble on this rather glorious August afternoon?

Aye.  ‘Scuse me while I light a tab.  Oh – sorry, I wasn’t looking where I threw the match… 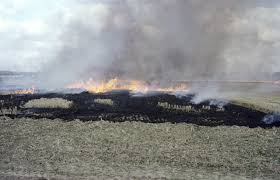 Whoops! That was like going back in time to the days of ye olde stubble burning!

But I tell you what’s not like going back in time, this new book of yours!! 😉 While we dampen the last glowing embers, Terry, you can tell me what Tipping Point is all about.

It’s set in 2024, and is about a deadly virus that starts in Africa—allegedly!— then finds its way to the UK.  The novel centres round thirty-four year old Vicky and her teenage daughter, Lottie, and how they cope with their changing world.  However, there is more to the virus than meets the eye.  Vicky’s boyfriend, Dex, suspects that it might be man-made…

This is a change of direction for you as it’s the first post-apocalyptic novel you’ve written. Is this something you’ve been wanting to do for a while?

Yes.  You can only write so many family dramas, though indeed this is another one, in some ways!  But I’m fascinated by how easily society can break down if the basic utilities cease to function; the ‘tipping point’, when order can no longer be maintained, occurs earlier than anyone realises.  And by the different ways in which people react to catastrophe; some flounder, some grow stronger, some find parts of themselves they never knew existed. 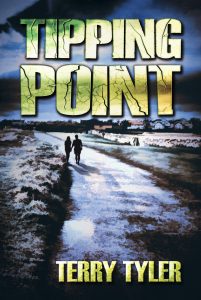 I believe this is in fact the first book in a trilogy with the second being released in only a few weeks. Do you want to tell us about the ongoing story, and when the final part can be expected?

Lindisfarne, the second book, is already written, and release is planned for September, all being well, cross fingers, etc!  The third book has yet to be written, though I’ve started roughing out the plot plan, and know the basics of what happens.

I’ve also started a collection of short story outtakes.  This passage gave me the idea: … he passed the virus first to the barman, then to a couple of people he squeezed past as he juggled three pints back to his table, then to his friend Greg (Aaron happened to be naturally immune, though he would die a violent death the following year in a fight over three litres of bottled water), .  Which was all I ever intended to write about Aaron, but, reading it back, I thought, now, there’s a story!  Then I kept seeing other little cameos that could be expanded upon.  And I’ve done some backstories, too, of characters that join the cast later.  I hope to get these ready for publication at the end of the year.  My idea was that it would be an interesting addition for anyone who has already read the books, but I will probably release it free for a few days, to introduce new readers to the series, as well.  Well, that’s the idea.  One can only hope it works.

Bond girl, Bond villain or James Bond – who would you be? (and do tell me why?)

Bond girl, if it still meant I could charge around with guns and stuff.  My immediate reaction was ‘villain’, but I talked myself out of it.

Neither.  They stick in your teeth and it’s hard to get the paper off. 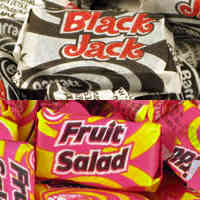 What three things would you put into Room 101?

The bastardising of the English language.  I predict that, in fifty years’ time, even business letters will be written in a mixture of text speak, nouns used as verbs and vice versa, and ghastly buzzwords.  Thank goodness I won’t be around to see it.

People being sick in TV dramas.  Used to be you’d just see the person bending their head and making strangled noises.   Now, producers seem to think we need to see it actually coming out of their mouths.

Diners in restaurants who talk so loudly that everyone on neighbouring tables is forced to listen to their entire conversations.

As a thank you for being my guest today I’m going to grant you unlimited storage of one thing, what would that be?

There isn’t anything I want enough to require unlimited storage for it.  Except time and perfect health for me and all those I care about.  Pity one can’t store that, eh!

Thank you for having me, Georgia 🙂

You’re welcome Terry, thanks for joining me. Huge congratulations on this latest release and I wish you every success for the sales of Tipping Point – I’m looking forward to reading it! 🙂

9 Responses to #Author Interview with Terry Tyler @TerryTyler4 on the release of Tipping Point, Book 1 in her #postapocalyptic series