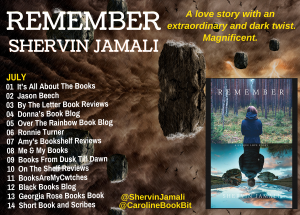 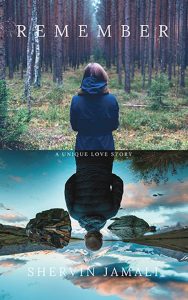 As Daniel watches the life ebb from her body, he wishes they’d had more time and knew each other when they were young. His wife surprises him by insisting that they did. And then she’s gone.

Daniel knows this can’t be true. Can it? They only met later in life, so why would Grace’s departing words hint at a shared youth? Haunted by this notion, Daniel journeys into the past to discover the truth.

‘Remember’ is a unique love story with a dark twist. Find out how it really began…

‘Remember’ is dedicated to the brilliant Scottish author Brendan Gisby and his late wife, Alison. Here’s what Brendan Gisby says: “Well, you bugger, ‘Remember’ made me cry. The one word I’ll use to describe it is: Magnificent!”

99p/c (during pre-order and upon release).

I chose to read this book as a proud member of Rosie Amber’s Book Review Team. I had no idea what to expect as the book had not yet been released but I was intrigued by the blurb.

Grace and Daniel met in later life and when she dies, right at the start of the story, he falls off the wagon and descends back into his previous life of alcoholism. He finds he cannot forget Grace’s last words because when he had expressed a wish that he’d known her when he was young, she answers, “But you did, my love. Don’t you remember?”

Daniel meets a hypnotherapist in a bar and eventually turns to him for help in regressing him back through life so he can see where and how he’d met Grace before.

Jamali has a nice style of flowing writing which makes the read easy and the book is divided into short, sometimes very short, chapters, which means it’s tempting to fit in just another one or two before you turn the light off at night.

I don’t know why but I didn’t expect to enjoy this read as much as I did. There are humorous moments which manage to lift the darker stuff going on, of which there was plenty, and there were great characters but most of all it was interesting, original and those pages kept turning, so it’s a definite recommendation from me. 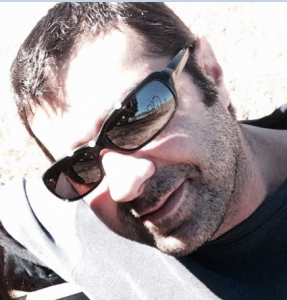 Shervin Jamali has been writing for as long as he can remember as he had so many stories “locked away” but it wasn’t until he completed the first draft of ‘The Devil’s Lieutenant’ (2016) that he decided to turn his writings into books. His books are the perfect outlet for his daytime job as an IT consultant and he looks forward to the day he will be a full-time writer.

After having lived in sunny Florida, Shervin Jamali now resides in Knoxville, Tennessee. In his spare time, Shervin likes to put together jigsaw puzzles whilst contemplating plots for his next book.

Other books by Shervin Jamali: