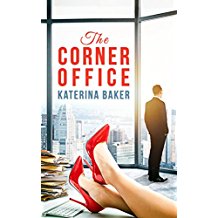 Tara is a high flying businesswoman who has been on her chosen career path for fifteen years and is now in with a chance of securing her ultimate job as Managing Director. The only person standing in her way is the particularly unpleasant Richard, her nemesis over those fifteen years.

At the beginning of the story, Richard arranges a ‘welcome to the company’ party for the new member of staff for which he has booked a stripper, then, sensing Tara’s disquiet over this, makes suggestive comments to her about threesomes. I was less than convinced by his behaviour, generally, as these days there is a far greater awareness of sexism in the workplace than there used to be, with employees aware of the perils of sexual harassment.

I did struggle a bit with this novel; apart from the occasional odd turn of phrase, the writing itself is fine and it was an easy read, but it contained too many inconsistencies. Tara is a senior executive in a prestigious company yet makes some appalling decisions and comes across as a bit flaky; she is hard to like. She has supposedly sacrificed everything by way of relationships and family for this role and yet speaks at the frequent women’s forums on work/life balance—something she knows nothing about.

Her ill-considered decisions include sleeping with a bad boy subordinate. She is shocked by his tattoos (really? Doesn’t 50% of the population under 35 have them these days?), yet doesn’t appear to consider the repercussions of sleeping with an employee.

Eventually the bad boy does indeed go bad, Richard intervenes and Tara, after fifteen years of competing against this bloke, drops gratefully into his arms; it turns out she’s just misunderstood him in the past. This didn’t work for me at all. There seemed to be no reasoning behind it.

Although this novel is not badly written, in my opinion the plot needs some revision. I found little understanding of general behaviour in the workplace these days, and thought the story would have worked better if the plot was suited to the characters, or vice versa; they seemed to be ‘shoehorned’ into unlikely developments.

Could be an easy ‘beach read’, but I am puzzled as to why it is listed as a romantic comedy. I didn’t spot any humour in it.

I received a copy of this book from the author in exchange for an honest review.