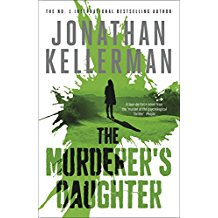 A few months ago I started frequenting the mobile library that comes to our village. It only comes once a month but like many things it is under threat. While I’d used it for many years when my children were young there has been a period when frankly I’d forgotten all about it, but, following a reminder that users were needed to prove it is a vital asset to village life I’ve made sure its visit is on the calendar each month. This is the book I last chose and here is my review.

I am a little torn on my feelings about this book but I’ll say initially that having just found it on Amazon I’m annoyed by the over blown words used to describe it – ‘fast-paced’ and ‘filled with nail-biting suspense’ it was not. Although I suppose that would depend on the reader. It was however filled with an incredibly interesting protagonist, Dr Grace Blades.

Grace is a psychologist who treats tormented souls and does so very well because, having had a pretty shocking start in life herself, she carries her own mental scars. She enjoys sexual encounters with strangers but when one of these unexpectedly turns up as a patient and then gets murdered Grace is afraid the detectives investigating the case will find out about her double life, so she starts her own investigation.

I really liked Grace and found her fascinating, particularly the flashback chapters to her growing up. She is independent and isolated in so many ways throughout her life. Her intelligence, attitude and strength were all shown very well, as was her dedication and empathy. This story is steadily paced throughout and there is a fair amount of detail once Grace starts her own investigation.

I have to say I was somewhat surprised by the outcome of the climatic point because I thought it was going to be greater than it was, and in fact it came so late, I thought at one point I was going to run out of book before it did. I was expecting a confrontation, which didn’t come, and I thought there was going to be a huge realisation of a certain something that had happened in her past which would have fuelled Grace even more. That, to me, would have been a great tying up moment and it felt like an opportunity missed, but there again that might just be me, and, after all, this is not my book.