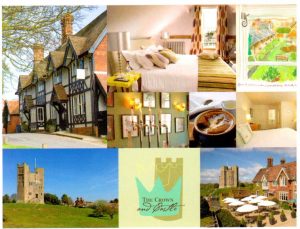 Following my rather tardy posting of the final days of my holiday (months ago) to Gozo (I promise the last two days will be out before the end of the year) I’ve just had the most wonderful trip away to Orford in Suffolk and thought I’d share a little bit about my travels straight away. A smidgen over a couple of hours away for us is the small town of Orford and Orford Ness. I hadn’t been there before and was in for a treat.

My BH and I arrived in Orford fortuitously just in time for lunch and after parking at the castle wandered up to the market square to find the Butley Orford Oysterage (it had been recommended). Along with a chilled glass of white for me and beer for him we both enjoyed Smoked Fish Patê with delicious bread and then while I had a Hot Smoked Salmon Salad my BH had a platter of many different fishy things including his first taste of oysters – yum I’m told, though I’m not convinced enough to try them. The setting was tastefully simple, the service quick, efficient and friendly and our lunch excellent and oh so healthy! Definitely recommended to all who travel this way. 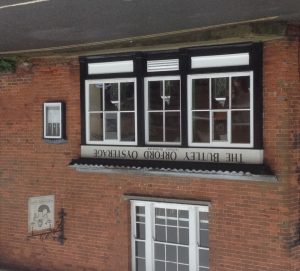 Pinneys of Orford, whose restaurant this is, also have their own smokehouse and shop as well as selling online where they do some super hampers which might just suit that hard to buy for person in your life. #justsaying 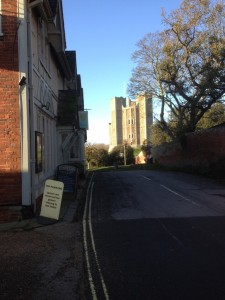 The Crown and Castle and…the castle!

The castle was built by King Henry II between 1165 and 1173, and was designed as a visible symbol of royal authority and a military stronghold.

But back to our hotel – we were a little early for our room but as there was a roaring fire in the bar it seemed a shame to waste that by wandering off anywhere so we sat with another glass…ahem…and read informative leaflets all about the castle and the Orford Museum (within it) which apparently has maps, drawings and displays to illustrate the history of one of the best preserved castle keeps in England. 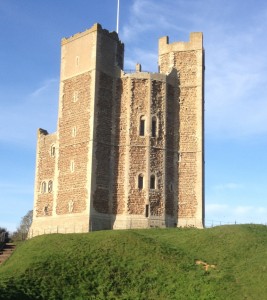 There was some fascinating information on the area which I would love to explore another time when I have more…er…time but here a couple of snippets.

In 1627, thirty-two ships were wrecked in a storm off Orford Ness. As a result of this, two lights lit by candle and coal were established. These were the forerunners of later lighthouses, one of which, built in 1763, still stands, and was manned until 1965. Rapid coastal erosion is now threatening its future and it was decommissioned in 2013. 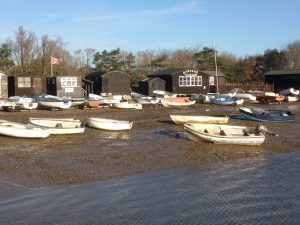 Down at the Quay

And… the twentieth century saw the military use of Orford Ness, beginning with the arrival of the Royal Flying Corps in 1916. After World War I ended the airfield became a home for experimental radar, and after the Second World War it was an atomic weapons research establishment. Weapons testing was conducted there until the 1980’s.

During World War II the inhabitants of the parishes of Sudbourne and Iken were evacuated and the area became a battle training area where tanks were developed and tested in preparation for the D-Day landings. The residents were not allowed to return until 1948. 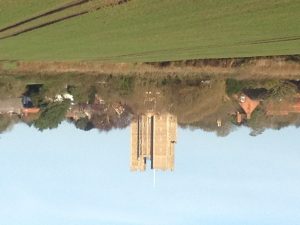 A view back to the village

Anyway, back to my trip, everyone at the hotel, although they refer to it more as a ‘restaurant with rooms’ was incredibly friendly and welcoming and could not do enough to make our stay a pleasant one.

An example of this was that when check in time came…we got a please do not bother yourself with stirring from the fireside we shall bring the paperwork to you…lovely. There are special dog rooms available and well-mannered dogs are welcome – we did not take ours. 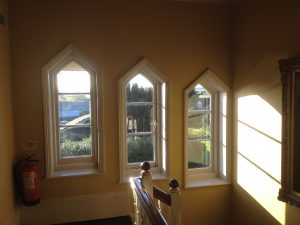 Our room was huge and wonderfully appointed and with the full intention of making the most of my break I had a bath and promptly fell asleep in the enormous and incredibly comfortable bed. Obviously upon waking and it now being a couple several hours since I’d last eaten it was time to head to the restaurant. The atmosphere was relaxed and calm and the food excellent – beef fillet carpaccio, rack of lamb on a lamb ragu and chocolate and almond cake seeing as you asked – you didn’t? Well don’t tell me you’re not interested as half the posts on Facebook can attest to the fact that everyone wants to know what you’re about to eat. I’d have taken photos (not) if it hadn’t been for the ban on any technical gadgetry from the dining room – I told you the place was brilliant! The service was discreet and the restaurant (in fact the whole hotel) devoid of even a hint of Christmas – delightful! 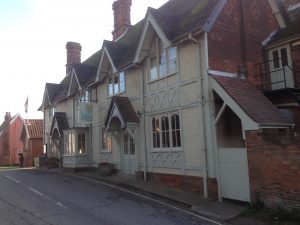 The Crown and Castle

There is great, and thoughtful, attention to detail here (including fresh milk in the rooms – a nice touch) and rarely have I ever been so entertained by reading the guest information anywhere. Like I found with the menus there is a wry sense of humour in the content which kept bringing a smile. An added extra comes with the list of DVD’s on offer should you wish one – we didn’t, just reading the list and the pithy eight or so words written to sum each one up was enough entertainment.

A peaceful night was followed by a fabulous breakfast, of course, which was much needed in order to keep my strength up as we went for a walk down to the quay and round the village marvelling at the great facilities (butchers, bakers, fish shop, craft chop, antiques, post office, general stores and more) as well as a range of lovely houses.

Anyway to stop my rambling I shall finish by saying this is a fabulous place to visit. The Crown and Castle is a real gem which we savoured for just one night but based on that experience we certainly hope it won’t be our only visit.

Other links for sources of my information and where you can find out more:- 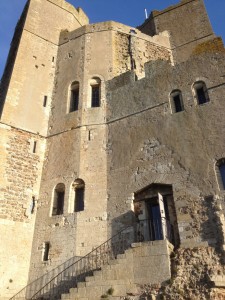