It feels like forever since the last time these books were on any sort of discount, but then I guess there has been a lot going on!

So, down to business…

The second and third parts of The Grayson Trilogy have been discounted to 99p/99c until the 14th October 2017 (those among you with astute mathematical minds – and the knowledge that A Single Step is always 99p/99c – will know that means you can get all three books for a staggering £3/$3!! Amazing word to penny/cent value!!) 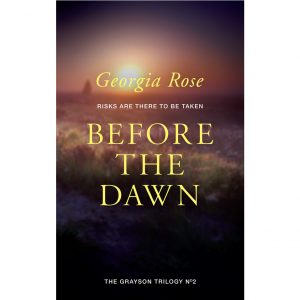 ‘…he moved closer and slowly ran the point of his blade along my jaw line as he spoke softly, intimately, to me.
“So, you are Trent’s woman. Now that is very…appealing.” I glared back at him silently.’

There are testing times ahead for Grayson and Trent as trouble threatens Melton Manor. When an attack is made against those on the estate, Grayson gets caught in the middle finding herself and those around her in terrible danger. Terrified when she thinks tragedy has struck again she fights to protect those she now views as family and, suffering bloodshed and pain, confronts her fears – both brought by the enemy and by the one she loves.

You can get Before the Dawn for only 99p/99c by clicking on this link! 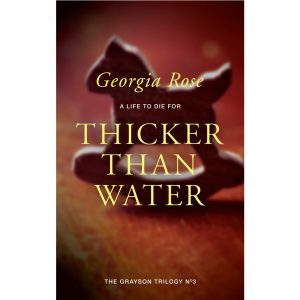 There are tough times ahead for Emma Grayson in the final part of these mysterious and romantic adventure stories as she struggles to move on from her old life.

‘Vaguely aware of the tremor in my hand I ran my fingers up through the thick locks of his dark hair. Fear clutched at my heart as I sensed the icy tendrils of grief reaching for me once more.’

As the overseas action steps up a gear for Trent, Emma has her own challenges to face. Loyalties are tested and vengeance sought when she attracts interest from an unwelcome source.

Because someone is coming. Someone who has Emma in their sights.

Someone who will turn her life upside down… forever.

You can get Thicker than Water for only 99p/99c by clicking on this link!