Do you write every day or do you prefer to binge? Why it has to be binge all the way with me. #MondayBlogs #writingcommunity #amwriting #writers 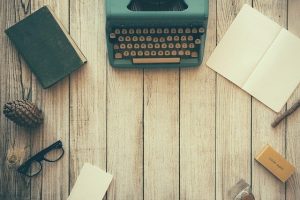 Image by Free-Photos from Pixabay

I think writing wisdom states that you should write every day. I see and hear this advice given everywhere. It makes sense. It builds and keeps you in the writing habit and, particularly if you have a large project on, such as a novel, it keeps you chipping away at the word count.

I have tried to do this many times. However long my day or however late it gets into the night I’ve forced myself to add a few lines to my WIP. But I’ve decided it’s not for me. Those words, generally, will be removed the following day. They are never the good words, the flowing words. And don’t try telling me editing will sort that out. Mostly, those words simply need to be gone because in those few minutes where I’ve tried to comply with the writing everyday rule I haven’t even managed to get into the story. I don’t know what’s going on. I have no idea what I’m writing. I’m simply putting words on a page for the sake of it, and it’s helping nothing.

If you’re a full time writer ignore this as your brain is on writing stuff all the time. Although even then you have to spend time out of your writing world to deal with your bookkeeping or marketing, so there’s that, but you’re still more likely to be able to fit a decent period of time for writing into every day.

This is really more about those with a day job although even then I think it does depend on the type of work you do too. My other half is a decorator and as such can allow his mind to wander as he works. I am a bookkeeper and generally cannot. We’ve had conversations before about the fact he’s been thinking about an issue we need to address throughout his working day, whereas I haven’t given it a second thought. 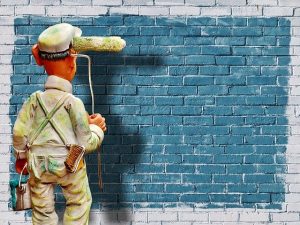 Image by Capri23auto from Pixabay

The difficulty I have is that I find it tricky to be working, and concentrating, on spreadsheets, then finish that job, and switch over to a creative project and begin on that. The transition between the two different types of work takes far longer than the time I can give to it. As I turn my attention back into my writing life I often have to look at my notes to even remember my main character’s name, let alone what’s going on in the plot it, I get so distanced from it.

This is why binge writing works better for me. This means getting all the day job stuff done and out of the way then having a clear run at a creative project. Even then it can take me quite a while to settle into it. And yes, while some of that is procrastinating, we all know…

“The scariest moment is always just before you start.”

― Stephen King, On Writing: A Memoir of the Craft

Once I am into it though, I always curse the time I spent building up to starting.

So I’ve made the change to make sure I write every week, rather than every day. This does mean it is often only able to be done at weekends, which brings about its own challenges of having other people in the house and family things to deal with, but I’ll aim to fit in several writing sessions over that time and hopefully accomplish around the same amount of work done as if I’d been doing a little bit every day.

Of course, there are also the extremes of binge writers and I know of one who once holed up in their flat and wrote the whole of their novel in nine, intense, days. Now that is complete submersion. But, if you struggle to deal with doing more than one thing at once, it might be the only way to accomplish the task. There’s a thought.

So where do you sit on the sliding scale between every day and bingeing? And would you prefer to write in a different way to the one that suits your current life? I’d love to hear.

4 Responses to Do you write every day or do you prefer to binge? Why it has to be binge all the way with me. #MondayBlogs #writingcommunity #amwriting #writers