Getting back on track #MondayBlogs #writingcommunity #amwriting

Whenever I am writing I always think every word I type is shite (excuse the language, but it’s needed here as it describes my thoughts accurately). In fact, I recently read a book which had writers in it and one of them sums up her thoughts about writing and they match mine, perfectly, like so:

‘1) Start the book and hate everything I write.

2) Keep writing the book despite hating everything I write.

3) Finish the book and pretend I’m happy with it.’

This quotation is taken from Verity by Colleen Hoover and I hope she won’t mind me using it. I loved the book (reviewed it HERE) and I encourage everyone to read it.

It’s alright when you are writing a particularly active scene, something punchy that you can get your teeth into, where someone is getting found out or there’s a lot of action, but when you are writing the general banality of the everyday stuff that happens to your characters it is incredibly tedious to put down on the page. However, it is amazing that when it gets to the editing stage, that stuff can, with some tweaks and better use of words and grammar, still make it into the final version. It just goes to show you have to write through that bit which is often referred to as the flabby middle (or as it appears to me at the moment, the flabby whole) to get to something that can be edited and edited until something half decent (but which I will still be unhappy about) comes out the other side.

I think one of the problems is that I am not writing something formulaic. If you do, when writing a series, you must have an overall plan of what happens where, the build-up, when the climax bit occurs and the aftermath. But I don’t do that.

I am writing a series at the moment (potentially anything up to twelve books) and none of them are anything like each other. The only thing they have in common is the setting, which is a whole village, rather than any one particular place within it. The characters in each story are different, although there will be some overlap as characters are introduced in earlier stories and naturally mingle in the village. It is ambitious and no doubt this ambition is part of the issue I am having in writing anything at all, as it’s daunting. Especially as I feel I need to write all twelve initial drafts first, so I know I can complete the job. I also only have eight stories in my head. That’s something of a problem too. However, on good days, I hope other stories will reveal themselves as I go along. Otherwise it will naturally become a shorter series. 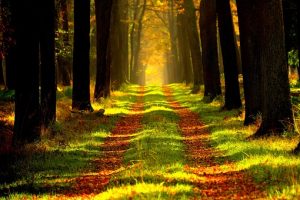 I realise I’ve digressed off the point which was meant to be about getting back on track, although I guess by writing something a little more positive than last week’s post it does show I’m getting back on track to some degree. Anyway, after my bad second week of Nano, during which I wrote precisely nothing I have a lot of making up to do. I am writing this early in the week but next Sunday, the day before this comes out I will add in the current number of words written. It is, as of this moment, 13,386 (and as I’m writing this on the 15 November it should be 25,000), and on the 22 November (yesterday) it is 20017 and it should be 36,652. So I’ve added just under 7000 words in the week, which feels about right. It’s better than nothing anyway but I can’t see me getting to 50K in the next week!

I am eager to see if I’ve managed to catch up any. Also does anyone else find it’s really easy to fall behind in something, but incredibly difficult to ever be ahead? Or is that just me! 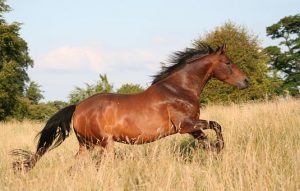 Anyway over to you. If you’re taking part in Nano how are you getting on? And if you’re a writer can you relate to Colleen Hoover’s words above or do you feel considerably more positive about your work? I’d love to know.

16 Responses to Getting back on track #MondayBlogs #writingcommunity #amwriting