A Family’s Struggle to Survive in Nazi Occupied Oslo 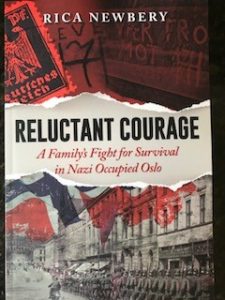 It is 1942 in Oslo, two years into the Nazi occupation of World War II.

Maria is used to struggling with food rations, bickering daughters, and her husband’s frequent absences from home with police work. She is enraged when Johannes leaves her for another woman and Leo Wolff, a Wehrmacht officer, forcibly takes up residence in their flat, but worse is yet to come. One daughter becomes seriously ill, and another is raped. When the youngest goes missing, Maria must find a way to transcend her bitterness and survive, for her own sake and for her daughters.

Although my novel is fiction, it is inspired by real stories told by my mother, Brit Maja Holmsen, who was 8 years old when the Nazis marched into Oslo. Real events and situations experienced by Norwegians are woven into the story. Resistance fighters risked death every day with hidden radios and distribution of leaflets. Red hats became a symbol of the resistance and were banned by the Nazis. Teachers and Church leaders refused to propagate Nazi ideology, and teachers were arrested en masse, only to return later as no-one would fill their roles. Underground papers printed cartoons mocking the Nazis and graffiti abounded.

Food was scarce, and women queued for hours or pawned their belongings to afford items such as eggs or meat on the black market. Stomach complaints were common as people ate meat eked out with herring or bread with added newspaper or saw dust from unscrupulous shopkeepers.

Five hundred and thirty-two Jews were arrested by Norwegian police and handed over to the Gestapo at Pier 1 in Oslo Harbour. They were sent to Auschwitz via the famous SS Donau on 26th November 1942.

‘Lebensborn’ mother and baby homes were set up as soldiers were encouraged to impregnate local girls, seen by the Nazis as ‘good Aryans’.  Many of the resulting babies were taken out of Norway to Germany for adoption, and abortion became punishable by death. 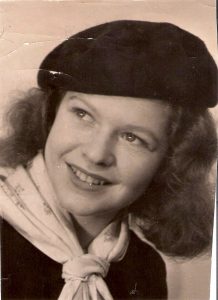 I am a retired psychiatrist, living with my husband in Bristol. After completing an Open University course in Creative Writing, I wrote my first novel Reluctant Courage. I am now writing a novel about a young woman experiencing the trauma of a psychiatric admission in Bristol in 1957. 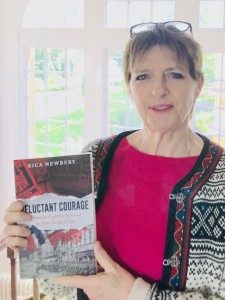