I was going to marry Elvis… early goals, learning and memory issues #MondayBlogs

Anyone who knows me will know my memory is shocking. Names, events, my thirties (in particular) are a blur. I even, most notably, had to flick through one of my early books recently, as I couldn’t remember the plot and was being asked questions about it. And it’s not as though I have that many out there.

Anyway, when the family was together recently my son made the comment, when discussing my grandson, that he should learn a language as early as possible. I think it’s well known that it is far easier to learn things, and retain them, when you are young, and actually I think his nursery does Spanish as an activity once the little tots can speak. Which I think is amazing.

I thought about this recently when I listened to a podcast and was reminded of my first love, Elvis Presley. At the age of four I had already decided I was going to marry him. Neither the fact he was already married to Priscilla, nor that he was more than 30 years my senior could persuade me the glittering future I saw for myself was unlikely. When you are young everything seems possible. 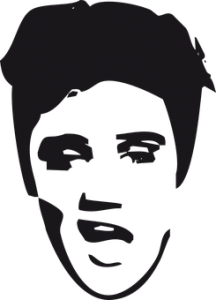 I thought he was the most beautiful person in the world. I remember going to stay with family one holiday and every morning an Elvis film was on the television and I didn’t want to go out anywhere and miss a single one of them. This, of course, being in a time before anything could be recorded.

When Elvis died, tragically young, I was devastated. Utterly devastated. I remember exactly where I was when I found out. I was in the lobby of a hotel in Magaluf and had come down that morning to find the desk where the papers were laid out was a sea of headlines declaring ‘The King is Dead’. I was eleven.

I was introduced to Elvis, and his music, by my parents and was clearly at an age where I was able to absorb every note. I have a lot on vinyl, some CD’s and now have it digitally. However, I haven’t listened to any of it for a long, long time. I rarely listen to music nowadays as I subscribe to a lot of podcasts and they have taken over any listening time I have.

However, my BH, who listens to the Tramps Like Us podcast by Lee McCormack sent me the links to two episodes Lee did on Rockin’ and Rollin’ and Whatnot where he covered his Top 40 Elvis Presley Songs. I’ve put the links below in case you’re interested. 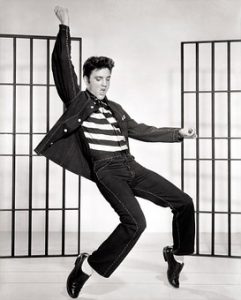 I put the first one onto play one day and the thing that completely took me by surprise, given my memory issues, was that I knew all the lyrics, to all the songs (well, bar one). I recognised the intros, I knew immediately which song it was, I sang along. And yet, I never set out to learn these, I’ve not listened to them for years and years and it just showed me how much you can take in and then recall purely because you were young and stuff went in purely by osmosis.

Other than my intense horse years when I was studying and training I don’t think I’ve ever been able to recall anything else in my life quite so completely, which is a shame as fundamentally being able to recite the lyrics to any Elvis song is obviously an entirely useless skill.

It was, however, a wonderfully enjoyable afternoon of listening and wandering down memory lane, and I don’t often get to do that.

So, the lesson is, learn things early, if you want them to last a lifetime. And maybe try to make those things useful… 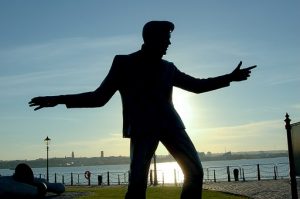 Over to you. Is there anything you can recall from years ago with such completeness? Be it useful or useless. And is there something you wish you’d learned when you were a child?

8 Responses to I was going to marry Elvis… early goals, learning and memory issues #MondayBlogs