Ruby as a puppy!

I’m delighted to welcome back prolific novelist Terry Tyler, who has come to chat to me following the release of her 10th book, Last Child, the long awaited sequel to the highly acclaimed Kings and Queens. 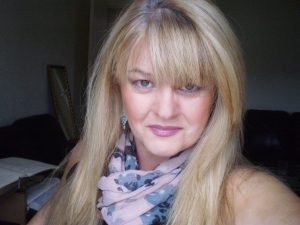 Terry Tyler is a writer of contemporary dramas, usually family/relationship orientated.  Her books can be found on Amazon UK and Amazon.com .  She writes three blogs: her personal one, on which you will find everything from short stories about an Alzheimer’s sufferer to pictures of hunky men (link) , her self-publishing advice on UK Arts Directory (link) and her new book review blog (link).

Terry lives in the north east of England with her husband.  When she is not writing she spends a daft amount of time on Twitter, reads a couple of books a week, binge watches stuff on Netflix and goes striding around the park near where she lives, knees allowing.   She can be found on Twitter and on Goodreads.

Now, I highly recommend Kings and Queens so here is your chance to get it to read, if you haven’t already done so, before you start on the sequel…seriously…check out the reviews… 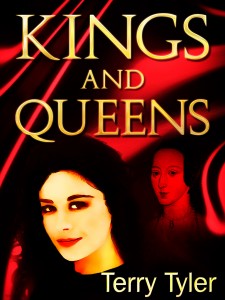 Hi Terry, I hope you’re ready for a muddy walk across the squelchy plains of Cambridgeshire on this rather damp February afternoon? 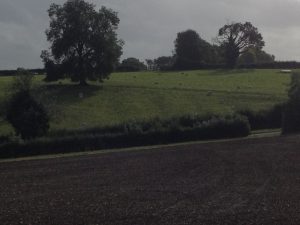 ….and no it is not as sunny today as it looks in this picture!

Most certainly!  I imagine you agree with me that dress standards should be maintained whatever the weather or state of the terrain.  You do?  Oh, that’s good. 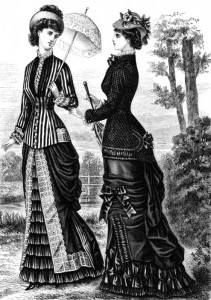 I loved Kings and Queens and have been waiting (somewhat impatiently!) for the sequel so I will definitely be first in line on release day Terry – give me and my readers some juicy hints as to what we have in store for us?

Well, it’s all about Harry Lanchester’s three children, Jasper, Isabella and Erin, as you know…. now, what’s in store?  Some wicked infidelity, teenage blues, a passionate affair, an opportunistic Spanish Lothario type, a mental breakdown, a suspicious death, marriage to the wrong person…. oh, you know, the usual stuff! 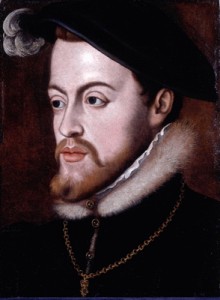 As this is a sequel how difficult did you find it knowing how much of the background from Kings and Queens to bring up in it?

Ah – right.  I have written an introduction at the beginning with a ‘the story so far’ bit, and made the point that it’s best to read the first one first.  Because the events in Last Child are not a continuation of Kings and Queens but are (mostly) new storylines, I’ve only referred to the prequel when necessary.  Some remnants of old storylines are tied up in chapter one.  I haven’t done any backstory in flashback like I’ve done before when writing a sequel.  I think there’s enough to remind readers – I hope so, anyway!  Seriously fingernail biting time – bringing out a sequel is even more nerve-wracking than just publishing a new book, as I am sure you don’t need me to tell you!   You never get it exactly right; you can’t please everyone, alas. (I am in total sympathy – Ed!)

If you could choose one piece of music as the soundtrack to Last Child what would it be and what relevance would it have to your book?

Haven’t got a clue.  I’m useless at this sort of thing.  There’s always Last Child by Aerosmith, of course, but I don’t actually know the words to it!  Maybe the Anne Boleyn part from Rick Wakeman’s The Six Wives of Henry VIII, which would go well with this story, too.  Actually, that’s made me want to go and listen to it now…

Off the top of my head – Lady Arwen in Lord of the Rings.  Because she gets to marry Aragorn, and has magical powers and fab floaty frocks, even though I don’t really do frocks.  But maybe if I was Arwen I would. 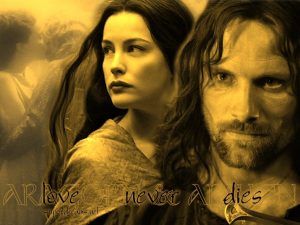 Iceland.  It’s a country I’ve always wanted to visit, I like the cold and hate hot weather.

Sunrise.  I love the beginning of each new day!

What, a choice between Noel Edmonds and a load of dumb kids, or Sally James, Algernon Razzmatazz and the Phantom Flan Flinger??  Do you even need to ask???  It is at this point I remember I was in my 20s when Tiswas was on.  Still watched it though.  It was great.

If you went to a Convention – Game of Thrones, Comicon or the like – who would you be dressed as?

I’ve never heard of Comicon, but if I went to a Game of Thrones convention I would like to be Margaery Tyrell, if that meant I would look like Natalie Dormer, who totally rocks. 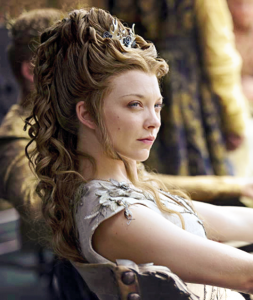 That, or a sell sword.  I quite fancy striding around all done up in leather and animal skins, swinging a sword around.  A bit like Michonne in The Walking Dead. (I have no idea who this is but here you go – Ed)

As a thank you for being my guest today I’m going to become your Fairy Godmother and grant you three wishes…what would you spend them on?

Perfect health for me and all my family, friends and in-law family.  Great reknown for my authorial skills.  A weekend on a desert island with actor Josh Holloway, with him having accidentally lost all his clothes on the boat going over.  Oh yeah, and world peace, etc – oh, sorry, I only had three, didn’t I?  Well, I’m not giving up my weekend with Josh Holloway, nooooo way! 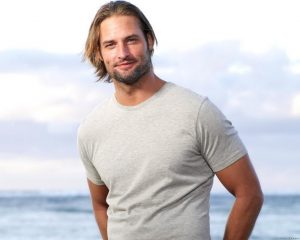 He’s all ready and waiting for you T!!

Thanks for joining me Terry and I wish you every success for the sales of Last Child – I’m looking forward to reading it!

….. and I am looking forward to you doing so, too!  Thank you for inviting me.

And here it is! 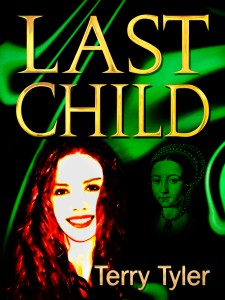 LAST CHILD is the sequel to Kings and Queens, Terry Tyler’s modern take on the story of Henry VIII and his six wives.

Harry Lanchester is gone, his legacy passed on to his children:
Thirteen year old JASPER, who views the directors of Lanchester Estates as Harry Potter characters, and finds out that teenage love affairs are no fairytale.

ISABELLA, the eldest daughter; lonely and looking for love, she returns from a holiday in Spain with more than just a suntan.

Impulsive, independent ERIN, the girl of Transport manager Rob Dudley’s dreams, whose priority is not a husband and family, but the continuation of her father’s work.

You will also meet the ambitious Jim Dudley, ex-nanny Hannah Cleveley, Rob’s long suffering wife Amy, and Raine Grey, whose nine days as PR manager for Lanchester Estates have a devastating effect on her life.

LAST CHILD takes the drama, passion and intrigue of Kings and Queens into the present day, with echoes from the past ~ and a glimpse or two into the future…

…and finally the links!