My book is for everyone… Really? Is it? You can’t please everyone and here’s an example to prove it #MondayBlogs 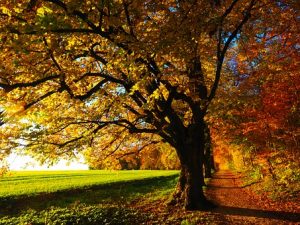 I was talking to a new book client the other day and asked them who their book was for. Everyone, they said. I had to physically stop myself from rolling my eyes. But remember thinking this exact same thing.

It is true that if you took a thousand random people and forced them to read your book many of them, maybe even most of them, would get something from it, or enjoy certain parts but they may feel ambivalent about the rest of it, and this is no good when it comes to getting, hopefully, good reviews and a reader who will buy other books in your catalogue. You want your reader to love your book and for that you need to have a good idea of who your audience is.

Now, I am convinced that this is easier with non-fiction than with fiction, especially when you have readers of fiction such as myself who read from different genres all the time – and I should add, love so many of the wide-ranging books I try. Good writing, that’s what I’m after. Give me good writing and you can sell me on pretty much any story.

As an example if you’ve written stories about your life caravanning across Europe there are all sorts of avenues you can go down to find your readers – caravan owners, armchair travellers, memoir lovers, European travellers, to name but a few. However, if, like me, you sort of write romantic suspense then it all feels a lot woollier – romance readers, suspense readers… and so on.

Many authors say you should have a particular reader in mind when you write your book. You should know exactly who they are. Here’s an example – I might write for Brenda who works in Accounts, she’s 62, been married six times, but is currently single and always ready to mingle. She has cats, holidays in Torremolinos and loves bingo and highlighting her favourite shows in each weeks Radio Times. That was totally made up by the way. I do not write to a particular reader but perhaps I should, I’m liking the sound of Brenda already!

The thing is that as an author you quickly have to realise that you can’t please everyone all of the time. You can’t even get all the people who actually like your stuff to agree on a cover design. As I discovered last week.

I have two audio books out: Parallel Lies and Loving Vengeance. But I’m finding it difficult to get many sales or get the books picked for promotions. So I thought I’d make the package more appetising and put together a box set. My cover designer sent over three covers and I thought I’d put them out on my mailing list so that subscribers could vote on them. I should add that those on my mailing list are awesome. On there are the people who really like my books and have chosen to sign up to receive emails from me. I suppose by putting this out to them I’d hoped they would all plump for the same cover and make my decision easier, but I was wrong. 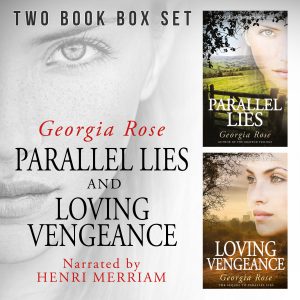 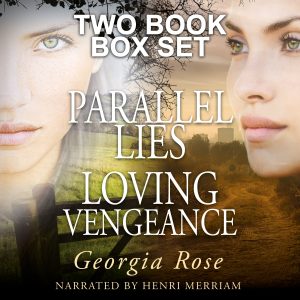 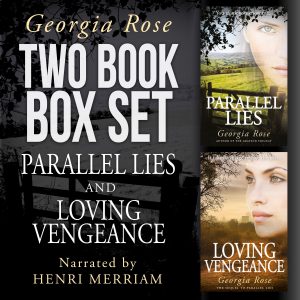 I’ve never had such a reaction to an email before and was heartened by the interest to be honest. So often in this game you do something and get tumbleweed. Anyway I won’t give the results here just yet but one of these covers got double the number of votes as another and two of them were within 10 votes of each other.

Yet the voters were often so adamant in their decision. I got comments like… ‘Hands down, it has to be…’ ‘Without doubt I vote for…’ ‘The one that stands out to me is…’

So you see you can’t produce something and expect it to be universally accepted, which is why I write what I want to write and search for the audience after. At least that way I’m pleasing me 🙂

Which cover do you think should grace the front of my box set? Feel free to add your vote and comments below. And how about you, do you write for a particular reader, or audience?

9 Responses to My book is for everyone… Really? Is it? You can’t please everyone and here’s an example to prove it #MondayBlogs