#NaNoWriMo Wrap-Up – Why it’s not for me, but why I’ll carry on doing it anyway #MondayBlogs 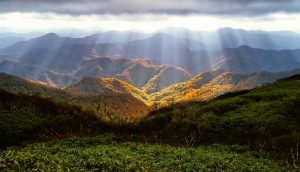 I guess I’m going to have to do a bit of a NaNo wrap-up, however reluctantly. I think we can safely say, even though I have tackled it for the last few years, that the actual concept of NaNoWriMo (National Novel Writing Month, which is November) is not for me. Not that it’s actually been a failure. I’ll explain why in a bit.

As a recap the goal in NaNoWriMo is to write 50K words in the month. This works out at 1666 per day. There were two weeks of November when I did no writing at all, for a variety of different reasons, and that made the daily word count to reach the goal an insurmountable one for me. Which is just the way it goes sometimes.

I know there will be many, many writers who took part that nailed the 50K no problem. I daresay there are those who did that within two weeks, or even less. Their prolific little fingers jabbing away at worn keys while their agile minds managed to stay one step ahead. Again, not me.

Something I knew already is that I am a terribly slow writer. I probably average around 500 words an hour, on a good day. But here’s the thing. If I write at that speed very little gets thrown away after. I have time to deliberate as I type. I work out the plot as I plod along and don’t hare off down some wasted dead end purely because I’m racing to get down as many words as possible. I suppose if I didn’t also have a job-that-pays-the-bills I could probably hit the 50K over the month, even at my glacial pace, but I can’t afford to test that theory so I’ll probably never know.

Anyway, it matters not, because like I said in the first paragraph, no, I’ve not conquered NaNo but neither has the month been a failure. You see I have a decent 20,500 words down of something new. Some people might look at this work and suggest it is merely an outline but I feel it is a little more than that. It actually has a beginning, a middle and an end. It hangs together as a story. It’s simply a trifle short. However, that may mean that I am actually writing a series of long, short stories rather than novels but there it is. It will be what it will be. I know there is more to add to this one yet. More colour. More flavour. The enriching, as I like to call it.

I shall try to do this every month. Attempt to break the back of a new draft until I have my series mapped out then I can go back and start pulling them all together properly. I’ve started December as I mean to go on, getting a few words down every day. I’m not sure where this next story is going at all as yet. I have a couple of ideas, but that’s it. And I haven’t a scooby as what the crunch point, climax or whatever you want to call it is. Exciting, eh?*

So, were you successful with your writing project in November? Do you write fast or slow? And if it’s fast how on earth do you manage to keep your thoughts sorted, and ahead of your fingers, so you are not simply writing gobbledegook? I think we should be told.

*Remind me of this when I’m at my wits end in a few weeks’ time writing a story that is heading nowhere!

4 Responses to #NaNoWriMo Wrap-Up – Why it’s not for me, but why I’ll carry on doing it anyway #MondayBlogs