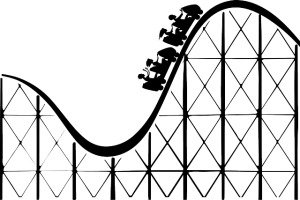 Image by OpenClipart-Vectors from Pixabay

Thoughts of quitting have been taking up much of my time recently, and if I’m being entirely honest, not just recently. Since I started writing and publishing some have disappeared from the indie world. Or maybe like me they are simply not spending as much time on social media. That’s where I used to see everyone, Twitter mostly, and I do miss the banter and camaraderie to be had among the indie community on there. But maybe some have truly disappeared. Gone off to try something else. I mean it would be so easy to just walk away from my desk and go and do something easier instead. It’s not as though I write anything of any importance, just some escapism a few readers like, and you start to think, what’s the point?

As I’ve reported before I’m taking part in National Novel Writing Month (Nano) and it started well enough. I stuck to my blocked out writing time and word counts (I’ve just passed 11,500 words). Then work took over which made me miss sessions and I got a cold (and yes, it was just a cold, plenty of sneezing and all that goes with it!). But a really heavy, energy sapping cold and that appeared to do me in completely. I took to the rum, guzzling it like a pirate to ease the symptoms, and ensure a few hours of uninterrupted sleep. 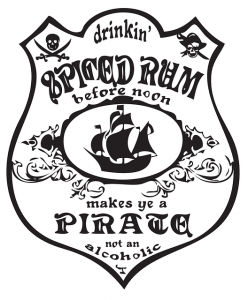 However, it’s not just the cold, my emotions are all over the place, and I know I’m not alone. My reading group met by Zoom one evening and many reported the same sort of feelings. Tears flowing for no obvious reason. The only reason can be because of the way we are living our lives nowadays. Sheltering at home, crowds now being the enemy, along with family and friends. It’s made me have a new appreciation for those that lived through the war. Six years they lived with restrictions on their lives, different restrictions, but restrictions nonetheless. And we’re not even being bombed. So there’s that to be thankful for.

One day might start off okay, on the writing front that is, and I’m able to think more positively that I can do this but the slightest thing will send my spirits spiralling in completely the opposite direction and once again I’m unable to get anything down.

Overwhelm and anxiety is at the heart of it all and in an attempt to cut down on stuff I have to do I pulled my Amazon ads a couple of weeks ago then paused all my BookBub ads completely. For me the margins feel too tight and monitoring the ads was only adding to the anxiety. I’ve booked three slots on some promotion sites instead this month: Ereader News Today, Robin Reads and Booksends. They are in a couple of weeks and until then I’ve got to try not to get anxious at the dropping numbers of units being downloaded by lovely new readers.

Whenever I feel like quitting, two things generally happen. Firstly, I tell myself I’m not a quitter, because I’m really not, it’s not in my nature, because of what if… what if that next book was a real hit with the readers… and secondly, I usually spot some wonderful quote that kicks me up the backside. This week it was this one…

“A professional writer is an amateur who didn’t quit.”– Richard Bach

So I guess I’d better get back to it… 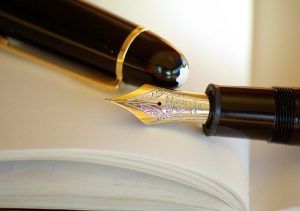 Image by jacqueline macou from Pixabay

So how about you? How are you dealing with the strange new set of stresses and strains on our lives this year? Have you ever quit something? And did you regret it or was it the best thing you ever did? I’d love to know.