Review for The Turning of the World by John Privilege 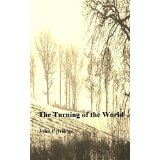 The Turning of the World by John Privilege