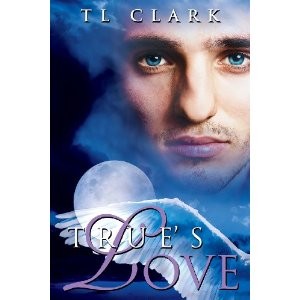 I received this book, True’s Love by TL Clark, a long, long time ago from the author in exchange for an honest review and it has taken me until now to get to it but I am so pleased that I did. I should say that I started reading this book with no idea what it was about, apart from it probably being romance, not having read the blurb or anything so I was initially a little surprised by the amount of sex in it only realising later, when I checked, that Amazon actually lists it in erotica.

That said this story is not all about the sex and in fact presents that in a way which eventually sends a good moral message. Amanda has a pretty average admin day job and a…well let’s just say a lively social life which really takes off when she goes on holiday with her friend, Claire. There she meets and falls for Michael, a bodyguard for a wealthy Russian, and this is where she finds out that sex with feelings attached is really what it’s all about – yay! It’s an awakening for her and for him but after such a short time together both are left trying to work out how they can be together for the long term. However before any plans can be put in place tragedy strikes and it’s touch and go as to whether there will be a future at all.

This book has a good strong storyline with well developed likeable characters. The women are strong and the men suitable heroic when they need to be. I can’t be doing with too much gushing emotion or overwrought feelings between characters and I liked TL Clarks no nonsense writing style which came across as quite matter of fact making the story a realistic one.

If you fancy taking a look here are the links:-