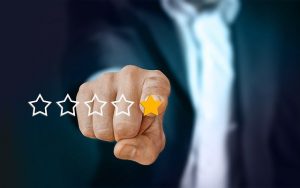 Image by Gerd Altmann from Pixabay

When I started writing I made the decision to review every book I finished, and I’ve stuck to that thinking I could hardly expect readers to review my books if I wasn’t willing to put the same effort into those I read.

I spotted a superb 1-star review for The Joker the other day, I think I mentioned it on last week’s post, or possible the week before. Anyway I found it because of the new extension I’m using, Scribecount. There is a bookshelf on there of all your books with a second tab for the reviews and it appears to have dragged them from all the different sites.

I’ve never seen reviews from Google before but the 1 star was given because my book was written in English. I had to translate that from the Polish. I did feel it was a little unfair to give a book 1 star because of that, particularly when the title and book description were written in English so that might have been the clue that the book was also in English. But hey ho, nothing I can do about it.

I also saw a 1-star review for A Single Step written by someone in the US. It’s titled, Not bought by me! And the review reads “I don’t know what this is. I don’t think I purchased it.” Again, perhaps a tad harsh to give 1 star under these circumstances?

The worst of it is that these types of reviews drag the overall star rating down. Still I haven’t done anything about them with the view that anyone who checks out the 1-star reviews will disregard these ones anyway.

And I’ve definitely not responded. That is the rule with reviews. Never respond.

Image by mcmurryjulie from Pixabay

I do appreciate anyone who is willing to write a review. I do get a lot more ratings nowadays since that became an option but it is lovely when someone takes the time and trouble to leave a few words. At the end of the day, whatever the number of stars, they are another review, and us authors do need them. They show a book has been well read and often we have to have a certain number of reviews to be able to promote on some sites.

Okay, these 1 star reviews I’ve picked out are a bit odd and fortunately the overwhelming majority of my reviews are positive but even when they are not I don’t get upset by them. But I do see some writers on social media sometimes get themselves into a right state over them. There’s no point. If you choose to read your reviews, do so, take them on the chin and move on. They are only personal opinions after all and the first lesson every writer should learn is that you cannot please everyone, however hard you try.

The other point is that there is no point in complaining about reviews you get. You made the decision to put your book out there. That gives any reader the right to say whatever they like about it. Obviously if you see repeated phrases in the reviews complaining of editing issues or a lack of proof reading, if plot holes are noticed or there are complaints about your flat characters, then you should take a serious look at what you’ve published and go and do something about it. But if it’s simply that they didn’t like your plot, setting or thought a character was unlikeable then there is little you can, or should, do about it, your book simply wasn’t for them.

Also, a 1-star review is not the end of the world. What you really want on a book is a good spread of reviews hopefully with most being 5 stars and descending down to only a few 1 stars. I once read that it was a badge of honour to get your first 1 star. It meant your book had reached enough people for this to have become an inevitability. 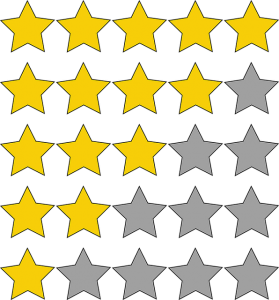 Image by Tanya Ferrera from Pixabay

How about you? Do you review the books you read? Or have you begun to rate books instead now that is an option? Do you read reviews for your own books, if you’re an author? Or would you rather not know?