Don’t we all enjoy returning to places we love? 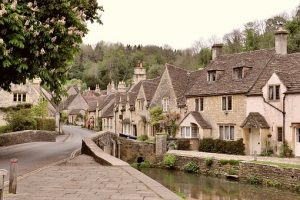 In 2012 I decided that I wanted to seriously get down to writing a book. The story for what became the Grayson Trilogy came together in my head while I lay on a sunbed on our summer holiday. I formed an image of the setting, created characters and had a jolly old time imagining what they’d get up to. I returned home having not written a word but soon put that right scribbling in any spare moment I had when not working or looking after the family. The one book became three and A Single Step was published in 2014, the other two books, Before the Dawn and Thicker than Water, in following years.

I chose to create a fictional setting for these stories so I could mould it into what I needed it to be. The setting is the Melton Estate, at the centre of which is Melton Manor, home to Lord and Lady Cavendish, better known as Cavendish and Grace. The Melton Estate is situated on the outskirts of Melton and although Melton didn’t feature prominently in the Grayson Trilogy there were forays by the characters that inhabited the estate into the village, basically to visit the pub, The Red Calf.

For my new series, A Shade Darker, I am returning to the village of Melton to tell some of the stories of its inhabitants. This time Melton is the main setting, and the Melton Estate is on the periphery. But that hasn’t stopped me from recalling some of the characters from the Grayson Trilogy back into action already. I’m only a couple of books into this series so far so who knows who might appear in later books.

It doesn’t matter if you haven’t already read the Grayson Trilogy though. You might not understand the characters that do appear from it quite so well, but you don’t need to have read those books to work out what’s going on in these ones.

I have thoroughly enjoyed revisiting this part of the world for this new series and it’s brought back wonderful memories. I do hope if you decide to read these books, you’ll enjoy it too.

Also, if you sign up for my newsletter, you’ll receive some exclusive content only available to my subscribers that will tell you a bit more about the village of Melton.

The A Killer Strikes eBook is now available to pre-order. The publication date is 1 January 2023. 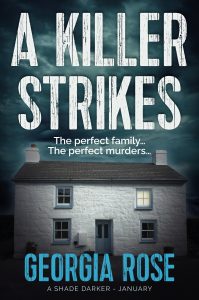 A family massacred. A village in mourning. Can anyone sleep safely while a killer is on the loose?

Laura Percival, owner of The Stables, notices something wrong at her friend’s house when out on her morning ride. Further investigation reveals scenes she’ll never forget.

While the police are quick to accuse, Laura is less so, defending those around her as she struggles to make sense of the deaths. And all the time she wonders if she really knew her friends at all.

A chance encounter opens up a line of investigation that uncovers a secret life. One that Laura is much closer to than she ever realised.

A Killer Strikes is a gripping domestic thriller. If you like character-driven action, suspenseful storytelling and dark revelations then you’ll love this exciting novel.

There will be a paperback and hardback available too, but I can’t put those on pre-order, so they are set up and ready to go, I just need to hit the publish button nearer to 1January 2023.