The Voices in my Head have Different Accents #amwriting 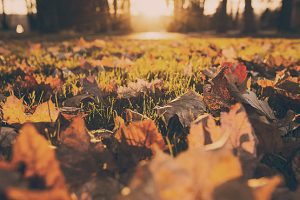 The voices in my head all have different accents…

I’m assuming this is the same for everyone? Right? Coming from the Bedfordshire/Cambridgeshire area of England my natural voice doesn’t have any accent to it – anyone who knows me can correct me on this but it just sounds flat and dull to me. Despite being introduced to all as a Northerner when I was at college, in Hampshire, I sadly have no interesting northern inflections at all when I speak, it is most disappointing.

My thoughts, however, are a completely different matter and the most popular accents in there are Scottish, Irish and American. I have no idea why this is but whenever I think it is in a different accent to my own. I can keep up this same accent for hours, maintain it throughout an argument (because we all argue with ourselves about stuff, don’t we?) and it continually sounds totally authentic.

I also have a terrible habit. I have a tendency to mimic the accent of those I’m talking to, and I don’t even know I’m doing it. I’ve had to rein this in over the years as it embarrasses the kids. They have mentioned it and I have noticed myself doing it while talking to someone and then had to backtrack trying to return to my normal nothingness in order to extricate myself from a conversation with as much dignity as I can manage. Awkward!

So why am I telling you this? Well, the disappointing part of all this is that I’m unable to transfer the perfect sounds in my head to my speaking voice. At least, not for more than perhaps a sentence or two and then it’s gone. There has been only one exception to this and that was while I was at college where one of the other students was an American. I am a sucker for an American accent and exposed to one every day I could take it off perfectly and spoke like that much of the time – and no, I don’t know why either. I am very irritating.

Anyway the point is that it has come to my attention that as well as having no consistency with the voices and I am finding I’m the same with trying to stick to a holding pattern with my writing. I have discovered my natural writing style is first person in the past. I am writing in first person again for my fourth novel but this time it is set in the present. I start writing and I can maintain this for perhaps a sentence, maybe two but after that I know when I check back on it I will have drifted right back into the past again. I know it’s not a problem as it will be sorted out in the editing but it would really be great if I didn’t have to keep correcting everything!

As you may remember three months ago I set myself a target to compete the first draft of my fourth novel by the end of September. I can announce here that I have failed, but it was a self-imposed deadline so I’m not beating myself up about it. And I’m in a much better place with the whole project than I was three months ago so I’m feeling good.

I aimed to write 1000 words a day for three months and that hasn’t always been possible. I work long hours and when I’ve finished a working day at ten at night I’m unsurprisingly not at my most creative and therefore unable to start on a fresh and, hopefully vibrant, 1000 then.

The situation is this, I have written 52 thousand words and I’m probably about two thirds done. However much more importantly than the number is the fact that I do actually think the story is going to come together and be alright. I did not think that three months ago – although I may not have said as much. :-/ 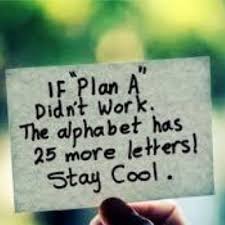 I am a pantster, not a plotter – until yesterday. I’d got to the stage where I couldn’t put off the fact that I had no idea what order things had to happen in any longer. I pushed away the keyboard and reached for a couple of pieces of paper instead and spent a couple of hours mapping out the timeline and working out how everything that needs to happen can be fitted in so it works. At least I think it works. I daresay my editor will have something to say on the matter at some distant point in the future.

So I’ve been pretty much absent for three months and that will continue for a while longer I’m afraid. I haven’t been posting blog posts and sending newsletters, my personal reading has dried to a trickle, I’ve missed the publishing of some of your books (and for that I am truly sorry for the lack of support) and my forays onto social media have been intermittent and short lived.

I thank all of you for your continued support – for sharing my stuff and for being there with a virtual shoulder when needed and I look forward to being around a bit more in the not too distant future. As always, if you need me to do something, get in touch by email. 🙂