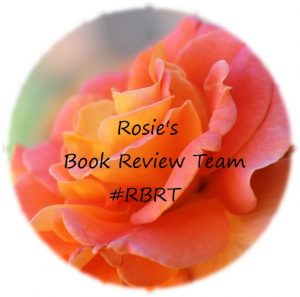 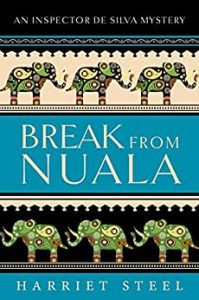 I chose to read Break from Nuala as a member of Rosie’s Book Review Team and received a copy from the author, but that does not alter my review in any way.

I’ve seen this series of books (this is the eleventh) around for a few years now but hadn’t got round to trying one for myself. What a mistake that was! As soon as I started reading, I knew I was going to enjoy it. Don’t you just love it when a book makes you feel that.

While the author is well into this series you don’t have to start at the beginning (although I’d recommend it!) as each story is a standalone. Also, the author has provided a helpful, and short, list of characters who appear regularly in the Inspector de Silva Mysteries. In this case none of these characters appeared, as Shanti De Silva and his wife, Jane, were on holiday but they were referred to so the short bios of each was useful.

Shanti and Jane have gone on holiday to Galle, Ceylon in the autumn of 1940 and stay at a hotel called Cinnamon Lodge. Naturally the other guests provide a super cast of characters.

When Shanti goes out for a late-night walk, he is warned a leopard has been seen nearby and then one of the night watchmen is killed by an animal. Shortly after, celebrity, Elodie Renaud, and her entourage who are staying in one of the guest bungalows, are struck down by a mysterious illness. Then the charming Helen Morris is reported missing and despite searches no trace of her is found.

Now, while you can take a policeman on holiday, you can’t take the policeman out of the, er, policeman, and Shanti can’t help but make some discreet investigations. None of which go down well with the local police chief.

This was a delight to read. Beautifully paced I enjoyed watching the mystery unravel as de Silva worked his way to the final whodunit. I’m sure readers of Marple and Poirot will love this series as will anyone who enjoys a well told tale.