My Sugar Detox… so how did it go? #sugardetox #diet 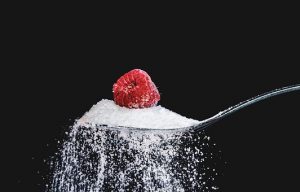 I announced, rather recklessly as it turned out, on my last newsletter that I was about to embark on a sugar detox at the beginning of January. I’d like to say I underwent extensive research into what I needed to do, that I planned out my menus, did my shopping and made sure I was properly set up to tackle the challenge by having everything I needed to achieve success before I began.

But that would be a lie.

This is what happened.

At some point over the Christmas period I, on a whim, carried out scant research which basically meant I downloaded the first free sugar detox book I came across. Then, during a bout of insomnia, I read it. It wasn’t long, thankfully.

This is the book and if you click the cover it will take you to Amazon where you can download it, should you wish to (although if you’re not in the UK you might have to go and find it on your store as this is not a clever universal link).

I admit it, have a problem with sugar. It is a fluctuating problem depending on how well I’m doing with watching my weight but I can happily binge eat sugary things and I know it is an issue. It does not make me feel good (however deliciously tasty it is on my lips) and I know it can cause long term health issues for me in the future. This is why I thought I’d give this a go in the first place. To see if I could get some sort of control over my cravings.

Spoiler alert, I had some successes and some failures along the way but I have written here exactly what happened.

One of the issues is that this is a 30-day challenge, and that is an awfully long time. I knew I was going to be tested because, hey, I have a life and also in fact a birthday during the incredibly long month that is January.

I also started out with all good intentions to write a diary, or at least make some notes, on each day to see what I did, what I ate, how I felt, that sort of thing. That intention, much like the diet, as you will discover, did not survive the full 30 days, and yet, and yet… I still feel the outcome has been eye-opening and on the whole successful. I shall explain why later but first here are the diary notes I did make.

I will also add at this point that it is the first three days that are the most essential and stringent with a very limited selection of foods you can eat, but remember, this is only for three days. (I have also not given you all the information as that would obviously not be fair to the author and at the end of the day the book is free, so go and get it).

Also in the book there are lists of Good Foods, Bad Foods and In The Middle Foods. One of my problems was that on the Good Food list there is one whole section of stuff you can eat, but there is not one item on there that I like, so my diet was probably more restricted than it needed to be.

Day 1:
Breakfast – onion and pepper omelette (no milk) made with 3 eggs – verdict – Ok.
Lunch – through lack of planning I had a highly unusual trip out to see Little Women at the cinema. I was rushing to get there so grabbed a bag of carrot sticks I had prepared and, before I left the house, hoovered into my mouth a few chicken pieces straight from the pan like some sort of savage.
I drank loads of water and did my exercise DVD later.
Dinner: leafy salad (no carbs) with ham and chicken.
By the evening I was a bit down and headachy and I was hungry but interestingly that passed and I wasn’t hungry at all during the night.

Day 2:
Breakfast – same as yesterday (and I’m missing the cheese I’d usually put on an omelette!) I also hard boiled some eggs for snacks but managed to boil the pan dry and burn them (however if you think that small matter would put me off eating them, think again!)
I had to go into town this morning and was surrounded by temptation however, because I was still enthusiastic, I resisted everything and bought meat and some seeds instead. Pumpkin and sunflower seeds to be precise, for snacking on*… hmmm… 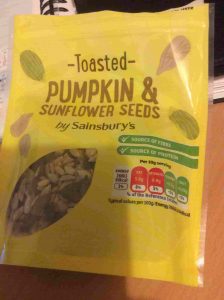 Lunch – salad with chicken.
Dinner – salad with salmon and turkey.
It was my writers’ group meeting that evening, with even more temptation on the refreshment table. Never has a plate of biscuits and millionaire’s shortbread looked more appealing, because I felt terrible.

I was exhausted all day, shaky, headachy and irritable. All the classic signs of withdrawal that the book warns about, and it was only day 2! I read on someone else’s challenge that day 3 was their worst day so I was seriously not looking forward to the next day.

Breakfast – I went with a bacon and onion omelette instead – a vast improvement!
Lunch – turkey salad – still no carbs.
Dinner – salmon salad.

I am officially sick of salad (I should add no dressing is allowed with it either).

But I am feeling better – yay! Not so tired and the headache has nearly gone.

I feel great! I have the usual meals as on previous days but now I can add in an apple (and yes, it really does taste like a sweet treat!) I can also have a slice of cheese – no size specified here but I tried to be sensible and was generous without wasting what I’d put myself through for the last few days.

Also, and this may have been a mistake, but I added back in milk in my tea and coffee, which was bliss!

Each day I’ve been drinking about 1.5 l of water which is not something I usually do and I don’t understand why it is that when I drink water I feel thirstier than I do when I don’t? Is that a thing?

I continue on with the regime but realise that I could have added in some high fibre crackers too. I’m not quite sure what these might be but rifle through my cupboards and find some high fibre oatcakes with cheese (embedded cheese, not added on top) which have no added sugar and they are, somewhat surprisingly, a delicious treat.

It is on this evening that it all begins to unravel though as I have been invited to a client’s house for dinner and it is rude not to eat the food someone else has lovingly prepared for you. Also, I cannot tell you how much I have been looking forward to this evening as I will be having wine (that is allowed on the diet, to a degree). And I do dwell on the small matter of whether it is only sugar I have a problem with, such is my desire for a glass of red.

So, I drink wine, and I eat meringue (well, it’s mostly air anyway) and treacle tart, and can I tell you I don’t regret a morsel of it – utterly delicious!

Having fallen off the wagon I try to get back on which is successful during the day but then I have pasta in the evening (I don’t think you are meant to have that until week 3) and a bit more wine.
However, overall I feel great and really positive for the year ahead. And, most importantly, I don’t feel any cravings for sugar at all – it’s marvellous! And achieved over such a short period of time.

Weekends are my weakness, always have been and this Sunday is no different when I’m good all day but succumb to a little bit of apple crumble in the evening.

I’m back in the groove today and excitingly I’m in week 2 which means I can have potato. I’m hungry in the morning so keep snacking and I do feel a bit down which could just be due to the poor night’s sleep I had.

Feel fine again. I had to go to town today and feel proud of myself as I did all the shopping with no snacks, no sweets and I wasn’t even tempted! This feels like a major breakthrough.
I had Reading Group in the evening and admit to indulging in the delicious treats the hostess provided. Again, it’s a small group and looks rude not to when someone has gone to the effort.

So I’ve looked at the rather pathetic notes I made from now on and they are really not worth writing up as most are one liners and I’ve only recorded all the times I strayed from the path of sugar detoxing. Also at the end of the second week came the crunch point of it being not only a weekend and also my birthday. Let’s just say I enjoyed myself and then went back to more or less eating as I should.

I made no more notes after day 16 but I know that for the rest of the challenge I more or less stuck to the right foods and found that these were much like the same foods I eat anyway. I’ve had the occasional sweet treat and not felt the need to repeat that action the next day which is fabulous.

In conclusion, I may not have diligently followed the diet plan to the letter or for the full 30 days but I feel like I’ve achieved my goal and feel great for knowing it can be done. Yes, I know that I’m going to slip off the sugar-free way of eating again in the future but I do now know that I can do this and will not hesitate to do a full detox again in the future.

I honestly feel that the first 3 days are the essential bit – you have to absolutely stick to it for that short period of time (and if you can do it for a full week that’s even better). Yes, it is difficult I’m not saying it isn’t, but if you are someone like me who struggles with the sugar cravings and you want to be free of them then it can be done.

Good luck to all who give it a go, let me know how you get on and if it’s something you have tackled in the past then let me know what worked for you.

* Never has a packet of so called ‘snacking’ food lasted so long on my desk. Four weeks on and I’m only halfway down the bag. I may yet put them out for the birds…

5 Responses to My Sugar Detox… so how did it go? #sugardetox #diet