Off to the beta readers…Huzzah!!

Huzzah!! I have, quite unbelievably, managed to stick to the relentless schedule I have set for myself this year (so far anyway) and this week, in fact this very day, I have delivered copies of the draft of Thicker Than Water to its beta readers…those lucky, lucky people who get to read my jumble of rough scratchings first!!

Now, no one can ever accuse me of not knowing how to have a good time so on my departure from the Post Van I popped into our village shop and…well okay it’s not exactly something sparkly in a nicely chilled bottle but at eleven am on an April morning this will do nicely. 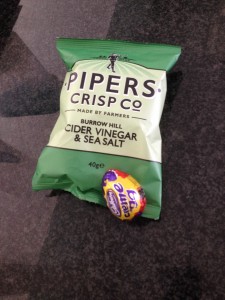 And so, I have entered Marinade Month – a phrase coined by our very own Green Wizard, Mark Barry. My manuscript has been closed down and left to stew in its own juices so that I can come at it with fresh eyes, and hopefully a reinvigorated brain in a month’s time. The last few weeks have been a jumble of confused thoughts and disunited thinking so I realise I am expecting a lot in a month. 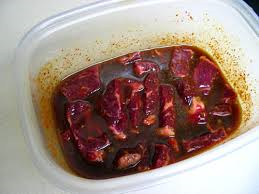 See…how tasty does that look!!

I have a notebook, here it is look, 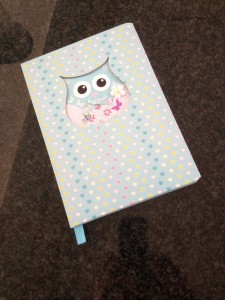 from those lovely people at Morellis Design for any little thinky thoughts that spring to mind over the month (I won’t lie I’ve already filled a page with precious things I might forget all about otherwise!)

Now I have big plans for Marinade Month, big, big plans…some might say I’ve set myself unattainable goals (how unlike me I hear you cry!) but I’ve had a piece of paper blue-tacked to the cabinet over my desk and as I’ve thought of something that needs doing over the last three months or so I’ve added it. There are about twenty items on there and they range from mucking out the house (otherwise known as a Spring clean for those not horsey minded) to losing two stone. See? Not unattainable at all, however more on all that later. For now I’m just going to leave you with a little taster of Thicker Than Water.

Smoke curled lazily from the cigar propped up in the cheap glass ashtray. He sat in the chair facing what was meant as a dressing table if anyone who’d required one had been present. As it was it substituted as a desk in the absence of anything more suitable in the small and depressingly worn out hotel room he currently called home.

His right hand, encased, as it and its partner so often were, in a close fitting vinyl glove was wrapped around a tumbler holding bourbon, a bottle of which he’d brought with him. This wasn’t the sort of establishment that would have the stock to provide him with what he wanted and he didn’t need to bring himself to the attention of anyone with requests that might be remembered.

The hotel was large and run down, nothing having been spent on its decoration in, he reckoned, the last twenty years. There was a high turnover of guests, some staying one night, passing through, some he suspected staying an hour, such were the clientele and the area in which the hotel was located. Money changed hands for blind eyes to be turned. This was a place where nobody cared for customer satisfaction, where guests were anonymous and forgotten, all of which suited his purposes which was why he’d brought his own bottle. Reaching for it now he refilled his glass.

I have felt very out of it all recently, scrabbling around but still  drifting down stream in this river of social media that floods our lives every day so a huge thank you to all of you who have shared, tweeted and retweeted on my behalf recently I really have appreciated it and I’m looking forward to catching up on twitter, blog posts and possibly even Facebook but definitely on the  general chattery stuff 😉

See you all soon!

8 Responses to Off to the beta readers…Huzzah!!