There is a post it note pinned to my notice board in my office and on it there is a quote which reads:

I don’t feel like much success has come from the stumbling about I’ve done this week but you never know what all the little failures may yet flourish into. That is me trying to put an optimistic spin on things with what little of my enthusiasm remains after a rather savage critique I also received this week. I won’t share that with you. No one ever needs to see that. However, I thought this accountability stuff should do warts and all so while I’ve felt like doing this…

I’ve been far too busy to spare the time for wallowing so had to give myself a good kick up the backside instead and just get on.

Writing time has been desperately poor this week as my day job has also become my night job, but outside of that, this is what I’ve achieved.

I did get my book review, Wordless Wednesday and podcast posts up – yay!

I spent a miniscule amount of time doing some planning of my WIP so I’m going to try and carry on with that today.

I’ve spent an inordinate amount of time on GDPR stuff which I’ve had to do for my day job business, Georgia Rose and Three Shires Publishing, plus a couple of other smaller things I’m involved in. Such fun! (I guess that is what has swallowed up the week for me actually) 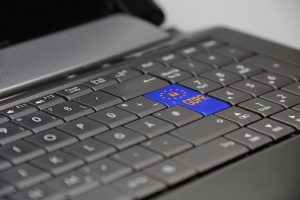 I did do something proactive today and that was make a landing page on Mailchimp with a little enticement on it for those who sign up to my newsletter, you can see what by clicking here:

Finally, onto this weeks stats…sigh…

Have a great week everyone, let’s be productive!!